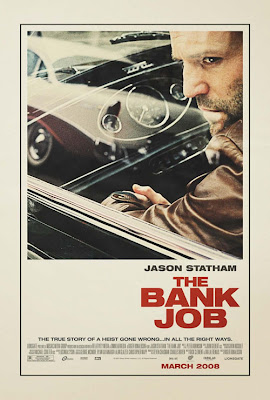 There's some rather lacklustre dialogue and acting on display here, but the plot holds the interested. I knew nothing about the robbery it's based on, but the murky machinations involved made me think that a much better film could have been made based on this story (Clement & Le Frenais wrote the screenplay). 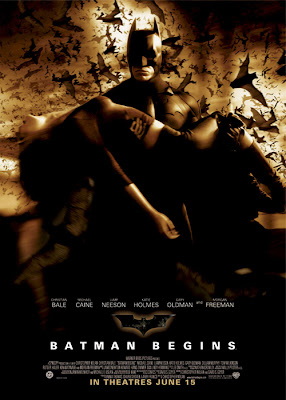 An uninspired storyline isn't helped by Neeson's somnambulant turn, nor Katie Holmes’ miscasting. Nevertheless, the film ends up in the positive due to some strong individual elements.

Bale is outstanding as Batman and adequate as Wayne, while Cillian Murphy and Michael Caine merit the other performance honours. Nolan really seems to kick into gear whenever he's dealing with the Scarecrow, making it a shame he's not more central.
***1/2 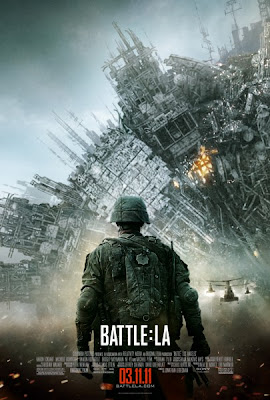 Aside from the occasionally involving sub-Black Hawk Down urban melee this is woefully turgid, clichéd material. Aaron Eckhart appears to have taken Harvey Dent too seriously, and plays some kind of ultimate patriot, while the rest of the cast spout unexpurgated drivel.

The ability of the marines to evolve from being torn apart by one alien to five of them taking out the entire invasion force is just one of the film's many insults to intelligence. 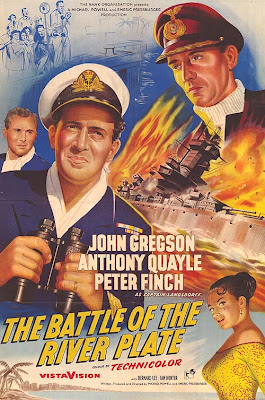 Powell and Pressburger's rather stodgy tale of allied cruisers up against German pocket battleships. Significant amounts for footage of actual ships is married rather obviously with studio-bound material.

There's not a lot to engage here; notably Peter Finch's German captain is a good egg (P&P never went down the route of overt nationalism) and there are small roles for Patrick Macnee (being Patrick Macnee), Roger Delgado and Christopher Lee. John Le Mesurier also features but I probably wasn't applying enough attention to notice him. 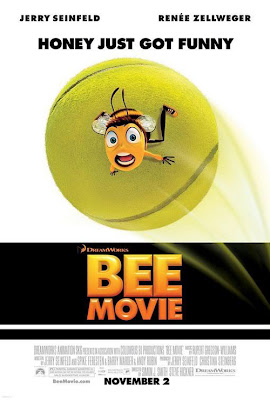 Not even close to vintage Seinfeld, but it's much funnier than most non-Pixar CGI animations.

His dry humour remains intact, even if the story becomes run-of-the-mill in the last half hour. There's some good voice casting, particularly Patrick Wharburton and Chris Rock. My favourite line: "Erghhh! Poo water!" 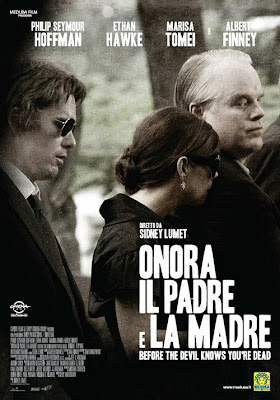 The story jumps around in time because it isn’t interesting enough to tell without gimmickry while aspirations towards tragic dimensions fail because none of the characters are identifiable with or remotely sympathetic. Marisa Tomei strips off in the name of artistic integrity; unfortunately it was for a project without merit. 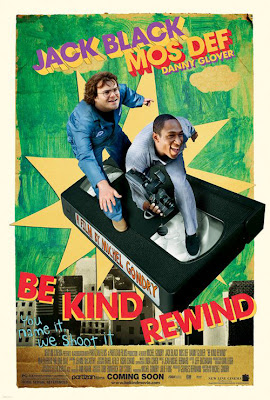 On the evidence of this and The Science of Sleep, Michel Gondry should stick to directing other people's scripts. This is all very lightweight and twee. There are bags of inventiveness but not enough to justify a 90-minute film. I liked the 2001 and Robocop "swedes", though. 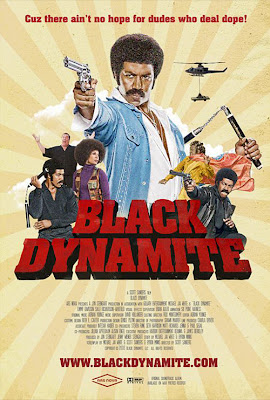 Michael Jai White blaxploitation spoof. It's received a number of raves, but I thought it was only sporadically effective.

The high-water mark for spoofs in the last decade has to be Cairo: Nest of Spies. This has the right look, but sticks too rigidly to the blaxploitation template to really break out into surreal laughs. It's no coincidence that the best scene has Black Dynamite coax his group into uncovering the plot by making them recall their in-depth knowledge of Greek myths.
** 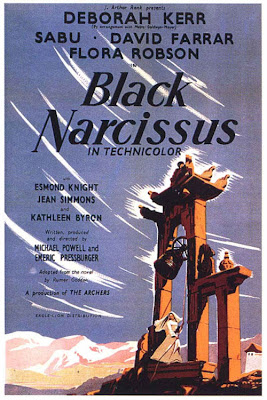 A stunning piece of work with Powell & Pressburger on peak form. Jack Cardiff's cinematography and Alfred Junge's Art Direction are so extraordinary that it remains hard to fathom that it was nearly all filmed at Pinewood. Sister Ruth makes Jack Torrance look like an ickle fluffy bunny rabbit. 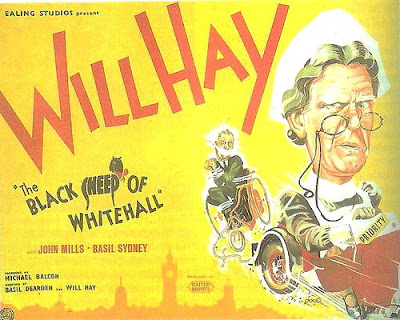 My favourite scene has him eavesdropping on a conversation whilst hoovering in a gasmask. Each time he breathes in, the gas mask makes a honking sound. 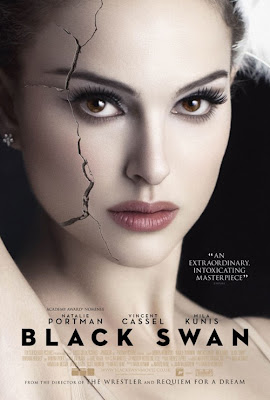 The last third of this was outstanding; my rating's only tempered by having reached the half way point and thinking it was going to be a well-made but rather obvious Polanski rip-off.

Portman gives a performance far-and-away beyond anything she's done hitherto, while Aronofsky's direction moves from (like the plot) rather unsubtle to the utterly compelling. The sound design is sublime. 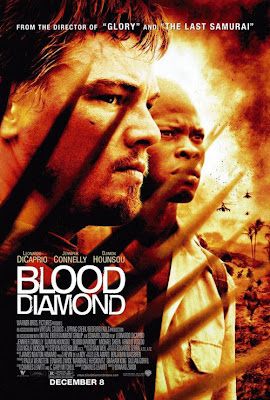 This struck me as very similar to other films from Ed Zwick, with its "white man makes accessible an unfamiliar world" approach (Glory, Last Samurai). Di Caprio is solid, and it as a whole it is watchable enough, but the hackneyed atonement storyline keeps any aspiration to depth at arm’s length. 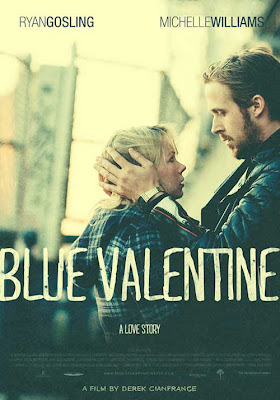 Charting the disintegration of a couple's marriage in the present, and how they arrived where they are through flashbacks, this features fine performances from Michelle Williams and (particularly) Ryan Gosling.

But there's nothing especially new or vital in the content, suffused as it is with a bleak inevitability, even though the narrative structure manages to wrong foot you occasionally.
*** 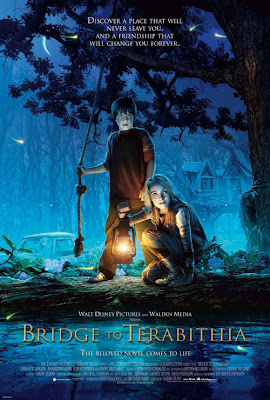 Surprisingly mature kids' film about an escape into a fantasy world. Solid supporting turns from Robert Patrick and Zooey Deschanel. 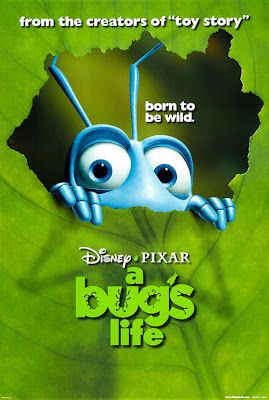 Not top-tier Pixar, but some enjoyably nasty humour from Spacey's grasshopper and some big dollops of faecal material regarding the insect world.

The caterpillar steals the show. Antz is probably the superior CGI insect toon (certainly the more cerebral) but the confidence on display here belies that it was only Pixar's sophomore effort.