Strike me down and I will become more powerful than you can possibly imagine. 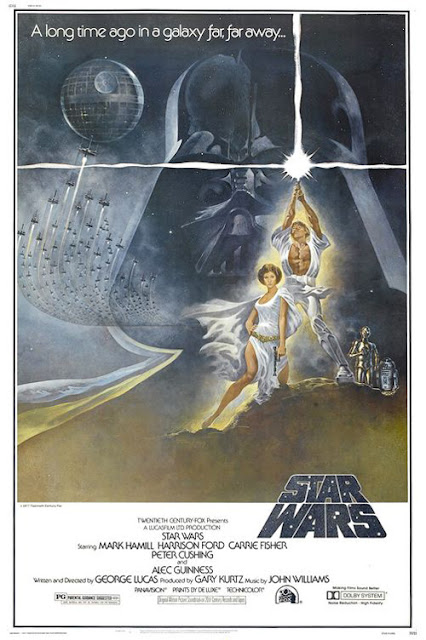 It's a slightly depressing realisation that the Return of the Jedi special edition has been the "definitive" version of that film now for longer than the 1983 original. A whole generation has no knowledge of the actually rather good original tunes in that film, only the dreadful CGI performance piece in Jabba's palace and the sick-making uplifting tune at the end.

A New Hope's additions remain intrusive but my reaction to them is more "Well, that was unnecessary" than being actively aggrieved. In part that's a result of obvious CGI characters (that haven't been noticeably updated since '97) not fitting at all with the most tangible environment of the series. As has been stressed by those involved in making the film, Lucas wanted a "used future" where everything is no longer shiny and new; it's falling apart and a bit grubby. The CGI additions, except where it involves space sequences, detract from that goal (the CGI stormtrooper on a dewback, Luke's speeder with CGI characters aboard, entering a busy CGI-populated Mos Eisley). Lucas bemoans only being able to dress up an elephant as a Bantha, not realising that this limitation is precisely why it remains a visually impressive and intriguing creation.

Elsewhere, additions show the creator at a loss over what made his creation so successful (Greed shoots first and the accompanying furore) or that he was right to exclude a scene in the first place (Han and Jabba is visually awkward, but worse it only repeats what we were told in the previous scene with Greedo. Lucas' reason for not including the opening scenes with Biggs and Luke, which he said were at the studio's behest who were fearful of spending so much time with two robots, is sound but without it the reinsertion of his reunion with Biggs on Yavin lacks any impact). As I mentioned with the prequels, the passage of 20 years has been shockingly deleterious to those humans surviving the prequel trilogy (and it took a hell of a long time to build the first Death Star, given how quickly the second one is up and running). And did I miss something? Did Obi-Wan pick up Anakin's light saber at the end of Sith? Either way, telling Luke that his father wanted him to have whoever's light saber it is counts as just another big fat porky he's told.

What shines through with the film is the confidence of design and world (galaxy) building. After this and Empire, the series is mostly second-guessing itself (although Jedi has its merits), and you just have to shake your head sadly when recognising the superb design of the storm troopers versus the CGI mimicry of the clone ones.

Structurally the film has always been a little awkward for me; the real climax is the rescue of Leia, and the attack on the Death Star has a slightly clumsy stop-start aspect to it (let's yak about what we'll do for 5 minutes). Talking of which, the medal ceremony is as horrendous as anything the series has offered (and it's a real slight on the other surviving ships that none of their crew got gongs).

The star turn of Harrison Ford  is as strong as ever, but the chemistry been the central cast is evident in a way that never comes through for the prequels troop. Fisher in particular deserves credit, as the sparks between her and Ford are palpable. And Alec Guinness is so good that his every thoughtful response seems to allow for whatever crime Lucas will eventually inflict upon his back story. I can't get out of my head that Peter Cushing wore carpet slippers throughout.

That’s what it’s all about. Interrupting someone’s life.

July 12, 2021
Following (1998) (SPOILERS) The Nolanverse begins here. And for someone now delivering the highest-powered movie juggernauts globally – that are not superhero or James Cameron movies – and ones intrinsically linked with the “art” of predictive programming, it’s interesting to note familiar themes of identity and limited perception of reality in this low-key, low-budget and low-running time (we won’t see much of the latter again) debut. And, naturally, non-linear storytelling. Oh, and that cool, impersonal – some might say clinical – approach to character, subject and story is also present and correct.
Post a Comment
Read more