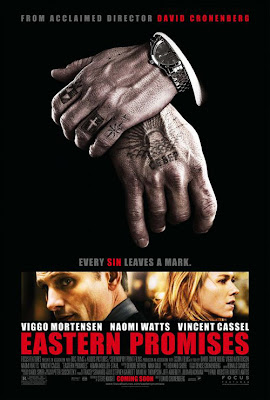 Cronenberg's back on the form he was in during the late '80s. He may have switched to the thriller genre, but his visceral obsessions are intact, and I love that he's still making economical films when everyone else seems to think you have to make a movie that's two hours plus if it's going to bear the mark of quality. Viggo Mortensen gives a tremendous performance and the bathhouse scene is rivetingly nasty. 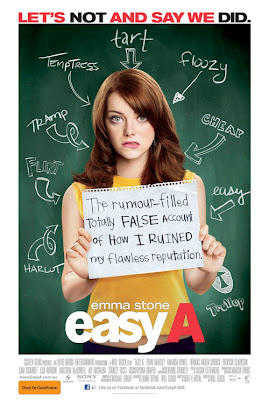 First tier teen comedy in which Emma Stone gains a (false) reputation as the school bike. The performances and dialogue are wonderful, and if it never reaches Heathers-levels of satire, this is still a rare high school flick that’s brimming with smarts. Particularly striking are the characterisations of the adults; Stanley Tucci and Patricia Clarkson as Stone's witty, understanding parents and Thomas Hayden Church as one of her teachers.
**** 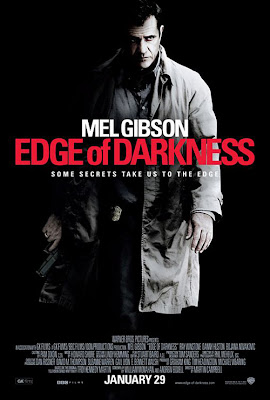 It may not have any of the resonance of the original, but this is a well-made, well-acted conspiracy thriller. Mel Gibson's very good in sombre mode, and he and Ray Winstone spark off each other nicely. Winstone's character, in particular, gets some great dialogue and decent character strokes. 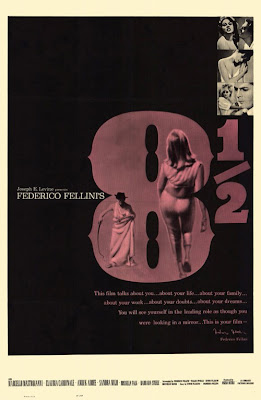 A bit redundant to call this indulgent, but while it's intermittently engaging, I much prefer Woody Allen's direct rip-off, Stardust Memories. 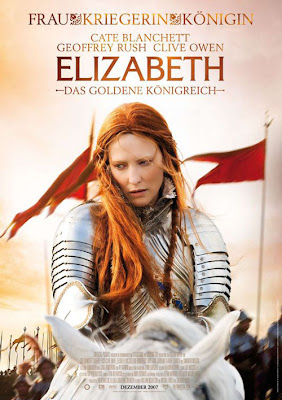 Kind of crap, particularly when Clive Owen's riding on the bow of a ship when he should have been on dry land, but strangely watchable. It's generally been critically torn apart because of the shameless disinterest in historical accuracy, but what damages it the most is that it's more a collection of scenes than a coherent film. Still, Blanchett is excellent, and Samantha Morton steals the film in her underwritten cameo as Queen Mary. 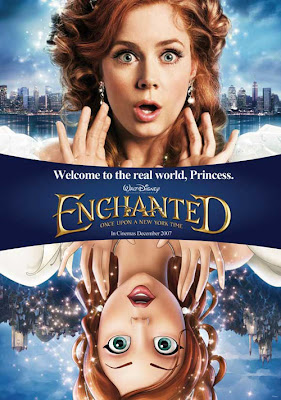 Surprisingly intelligent deconstruction of fairy tales from the Mouse House, with Amy Adams (see also her arse's starring role in A Night at the Museum 2) getting thrown from cartoon to real world, with attendant fish-out-of-water incidents ensuing.

James Marsden all but seals the film with a great comic turn as the cartoon prince made real (a shock because he often appears to be approximating a plank of wood in other roles) and Timothy Spall and a squirrel lend support. 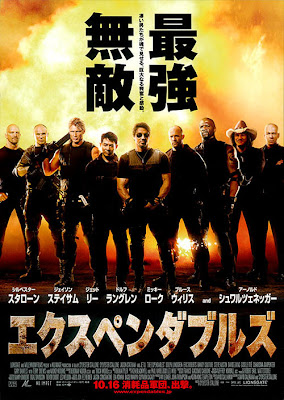 Rubbish, and it becomes tiresome in the middle section, but there's enough stupid action and clunky semi-thesping to maintain a decent entertainment level.

It says something that the Stat comes out of this looking like a proper actor, and that Stallone wipes the floor with Arnie in their scene together. I was most tickled by Dolph, though, and his gun that blows upper torsos into pulverised juices. And, given his character's "arc", the final scene with him is hysterically nonsensical.

May 30, 2014
Anchorman 2: The Legend Continues (2013) The long awaited, some might suggest past-its-sell-by-date, return of Ron Burgundy doesn’t begin well. It pretty much confirmed my fears this was a sequel with no reason to be, one that weakly rehash the gags and set-ups from the first movie. It isn’t until the gang gets back together that Will Ferrell and Adam McKay hit their groove, by which I mean there’s a higher hit than miss ratio to the jokes. Many of the ideas that come with the central concept are soft connects, but the more absurd The Legend Continues gets, the funnier it becomes, leading to a final act (if you can call it that) so glorious in its silliness that much of what fails before becomes virtually irrelevant. Anchorman 2 was on-again, off-again for quite some time before it finally got the green light, with a stage musical even considered at one point. It seemed to me to be messing with a good thing; the inspired lunacy of the first picture had already shown
Read more

I’ve had enough of this 2012 Alamo bullshit.

March 14, 2017
13 Hours: The Secret Soldiers of Benghazi (2016) (SPOILERS) Not The Secret Private Military Contractors of Benghazi , as that might sound dubious in some way, and we wouldn’t anything to undermine their straight-shooting heroism. That, and interrogating the politics of the US presence in Libya, official and unofficial, and involvement in the downfall of Gaddafi (Adam Curtis provides some solid nuggets in his rather sprawling HyperNormalisation ), is the furthest thing from Michael Bay’s mind. Indeed, it’s a shame 13 Hours: The Secret Soldiers of Benghazi bears the burden of being a tale based on (murky and disputed) facts, as it’s Bay’s most proficient piece of filmmaking in some time. So, you’re not going to find out what the CIA was actually up to in their Benghazi base (most likely, the dodgiest conclusion you can reach will be the right one). You’ll only be informed that a brave team of ex-military types were there to protect them, and stepped up to the plate, ju
Read more

January 12, 2019
Total Recall (1990) (SPOILERS) Paul Verhoeven offered his post-mortem on the failures of the remakes of Total Recall  (2012) and Robocop (2013) when he suggested “ They take these absurd stories and make them too serious ”. There may be something in this, but I suspect the kernel of their issues is simply filmmakers without either the smarts or vision, or both, to make something distinctive from the material. No one would have suggested the problem with David Cronenberg’s prospective Total Recall was over-seriousness, yet his version would have been far from a quip-heavy Raiders of the Lost Ark Go to Mars (as he attributes screenwriter Ron Shusset’s take on the material). Indeed, I’d go as far as saying not only the star, but also the director of Total Recall (1990) were miscast, making it something of a miracle it works to the extent it does.
Read more