You really have got a lid on it, haven't you? What's your secret? Mellow jazz? Bongo drums? Huge bag of weed? 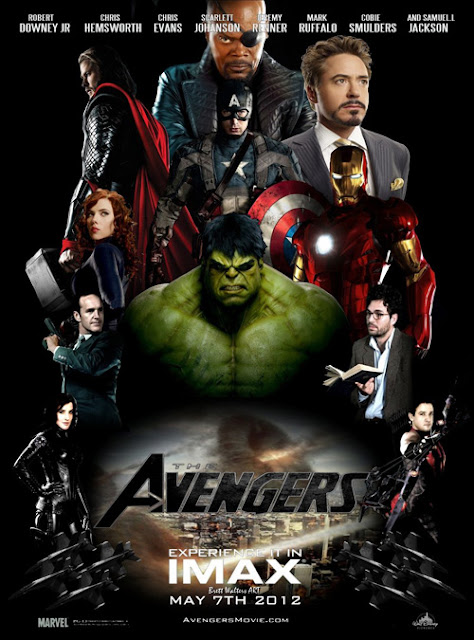 Joss Whedon deserves enormous credit for managing to make this consistently engaging, rousing and entertaining. It's probably the best showcase Downey Jr's had as Stark/Iron Man, despite two solo vehicles. Likewise the Hulk, who finally becomes a character rather than a special effect no one is quite sure what to do with. And the chemistry between Mark Ruffalo (underplaying superbly as only he can) and Downey Jr is the highlight of the film (Hulk also gets by far the biggest laugh, and I'm sure that wasn't isolated to the screening I attended).

I did feel that Whedon's witty quipping sometimes wasn't the best fit with the actors he inherited, though (but sometimes it's simply a case of too much undiluted Whedon-speak, serving the writer rather than the character). Joss has a high hit ratio, but sometimes the forced antagonism and the mined reflective moments felt like they were being crowbarred due to the limitation of 2 1/2 hours rather than 22 episodes of building up to such moments. It's a backhanded compliment, but this film is much much better than it ought to be given both the logistics required to make it work and the variable quality of the individual installments the have led to it.

Of the other characters, Captain America fizzles; his character is bland, his (modified) costume still doesn't look right outside of a comic strip, and I feel a bit sorry for Chris Evans, straightjacketed into dullness. Scarlett Johansson has a presentable posterior but that doesn't make her an engaging performer. Jeremy Renner's Hawkeye is used surprisingly well (because his character isn't remotely intriguing). And Tom Hiddleston plays by far the most charismatic Asgardian.

I was surprised just how well the overblown finale worked, since it does for all the reasons Michael Bay's version of such sequences don't. Likewise, setting the bulk of the film on the SHIELD carrier seemed like an odd decision but the limitation of location benefited the storytelling. And bonus points for the Harry Dean Stanton cameo!