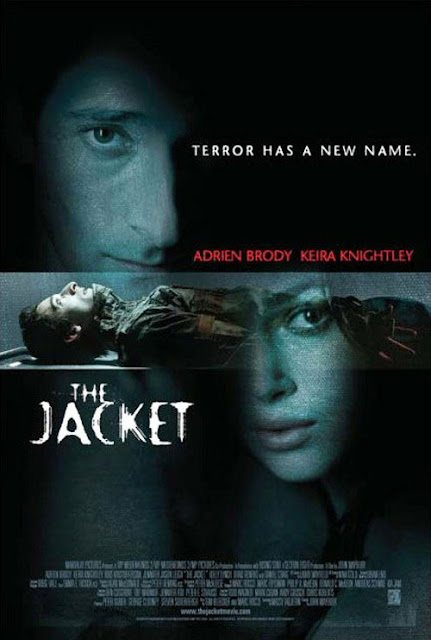 Adrien Brody treads where Tim Robbins has gone before. I liked John Maybury’s Jacob’s Ladder knock-off much more than I thought I would; it doesn’t have any new ideas, but Maybury tells his story skillfully, and concentrates on the performances rather than becoming distracted with flashy visuals (the biggest problem with Adrian Lyne’s film). It helps too that, for all its central conceit, it’s internally coherent.

Rather than Vietnam, Brody plays a Gulf War veteran who was pronounced dead on the operating table. He survives, suffering from periodic amnesia, and returns to the States. There, he is wrongly accused of the murder of cop and ends up committed to a mental hospital. An institution where gimlet-eyed Kris Kristofferson is carrying out unethical experiments on his patients.

This appears to have the effect of sending Brody forward in time from 1992 to 2007. He’s slowly able to put together the pieces of what happened to him in his present/near future with the aid of knowledge from 15 years hence.  Which includes (an American-accented) Keira Knightley as the older version of a child he knew briefly in his former life (with this and The Time Traveller’s Wife, and Steven Moffat Doctor Who, there’s a slightly uncomfortable trend in focussing on characters becoming romantically entwined with those they also knew as minors).

Brody’s well-cast, all heavy-lidded sedation and ungainly movement, and Maybury supports him with known faces even in minor roles (Kelly Lynch, Steven Mackintosh, Jennifer Jason Leigh). Most arresting is an almost unrecognisable Daniel Craig as a fellow inmate; it’s a welcome reminder that stoic heroes don't represent his full repertoire.