A place rich with all the strange beauty of your nighttime dreams. 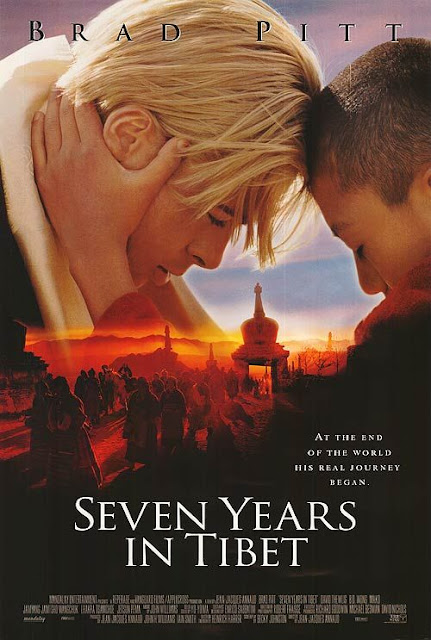 Brad Pitt and his horrific German accent visit the “Himaliars” where his sympathetic Austrian (the film doesn’t mention his membership of the Nazi party – he is purely about the climbing, don’t you know) eventually ends up in the forbidden city of Lhasa. Although the film’s selling point is how Heinrich Harrer came to teach the Dalai Lama, this is passage is probably the least engaging part; it’s Harrer’s earlier experiences, in a prison camp and then surviving in the wilds with initially not so fellow mountaineer David Thewlis.

To Jean-Jacques Annaud’s credit, Harrer is a selfish shit for much of the running time, pretty much until he takes up tutoring the Lama (perhaps this is why the film tapers off in the later stages, or perhaps because the righteous indignation at the behaviour of the Chinese has been better handled elsewhere). Still, it’s solid film, and an indication that Pitt was uninterested in pursuing traditional star vehicles at an early point in his career.