As is well-known, I have no sense of humor whatsoever. 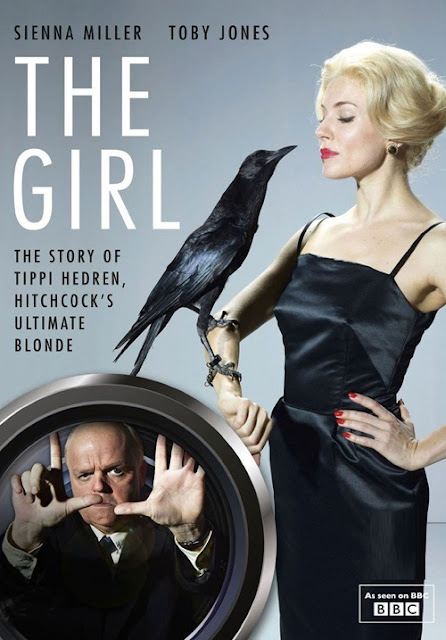 This BBC film, tracing the alleged trials and tribulations of Tippi Hedren following her unfortunate discovery by Alfred Hitchcock, is so anecdotally thin that, with the cardboard characterisations and unsubtle emphasis on every instance of terrible torture he unleashed, the result is rather embarrassing. It comes across as little more than a hatchet job, where the purpose is to show Tippi as an angel and Hitch as a monster, rather than attempting a more complex account of the events concerned. And while it probes the abuses of The Birds it breezes over their second collaboration.

The agenda of Julian Jarrold’s film is particularly undisguised in the implication of the coda that it was Hedren who ensured Hitch’s last great film (Marnie’s a classic?!), as if justice was served and his career turned to shit as punishment (I’d argue both Frenzy and Family Plot are superior to Marnie). Toby Jones is solid, if lacking in stoutness, as Hitchcock but Sienna Miller makes a forgettable Hedren (a bit like the girl herself, then).