Beware of passion, Hester. It always leads to something ugly. 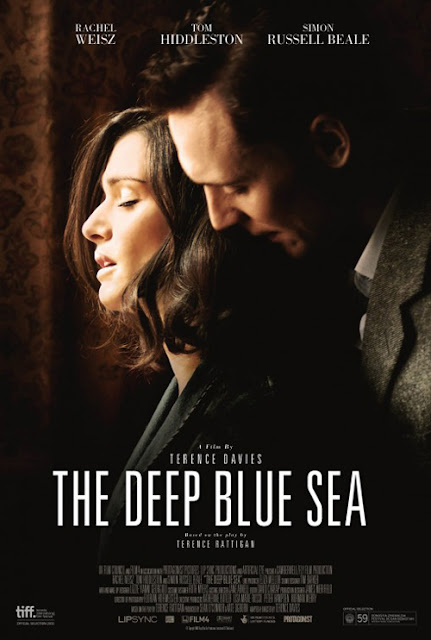 Beautifully photographed and blessed with a fine central performance from Rachel Weisz, but perhaps overly deferential to Terrence Ratigan's play (I admit I haven't read or seen it).

The scenes in the story's present work well. Taking place over the course of a day, these following Weisz's character's suicide attempt and her interaction with the two men in her life (Tom Hiddleston's RAF pilot with whom she is having an affair, and Simon Russell Beale as her buttoned-down husband, a judge). But the flashbacks, which show the igniting of the affair and its effect on the protagonists, aren't purposeful enough. There isn't a strong enough sense of the depths and range of the relationship between Hiddleston and Weisz. so all that we're left with is their break-up. That said, their first liaison is dazzlingly shot and says much more than the sometimes torturous dialogue.

The conversations between Weisz and Beale often feel over-written and, whilst I'm all for period authenticity, Hiddleston's spiffing chap mannerisms could have been a little less full-on so as to be less distracting. At it's best, though, this is commandingly performed and powerfully staged (the pub scene  and dinner with Weisz's mother-in-law, in particular, stand out).