Do you hear that expression being kissed by God? 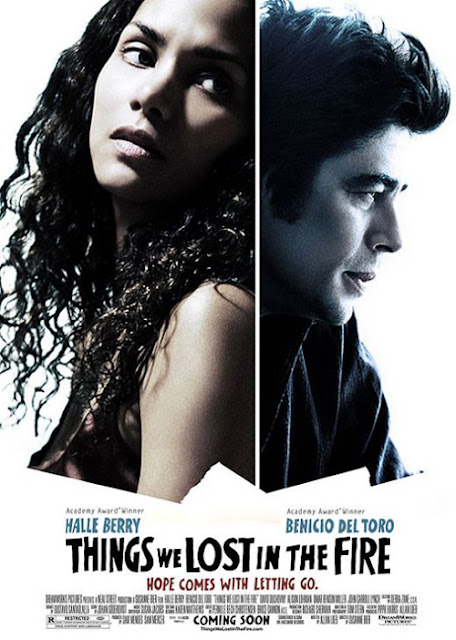 Sensitively written, and blessed with a couple of fine central performances from Benicio Del Toro and Halle Berry, Susanne Bier’s film never quite achieves the resonance promised by the early sections. Berry’s husband (David Duchovny; a fine choice as his natural warmth provides all the characterisation you need in a couple of scenes) dies suddenly and she is left to pick up the pieces with a young family. Consequently, she brings her husband’s best friend (Del Toro), a recovering heroin addict, into her life.

Being a fan of the eternally underrated Duchovny, I’d suggest that the whole might have worked better if the flashback scenes should have been spread throughout. But I think the ultimate problem is the need to create artificial dramatics in order to sustain the story. While Berry’s resentment of how well Del Toro gets on with her kids is skillfully written, his relapse represents a descent into cliché that it would have been more mature to avoid. Worse, he goes through the agonies of withdrawal after just one night in heaven so sending realism out of the window.

Del Toro’s as great as you’d expect, but it’s Berry who really shines. It’s a mystery how she can show up in a given role and you come away thinking about Ronseal but in another you completely recognize how she nabbed that Oscar.