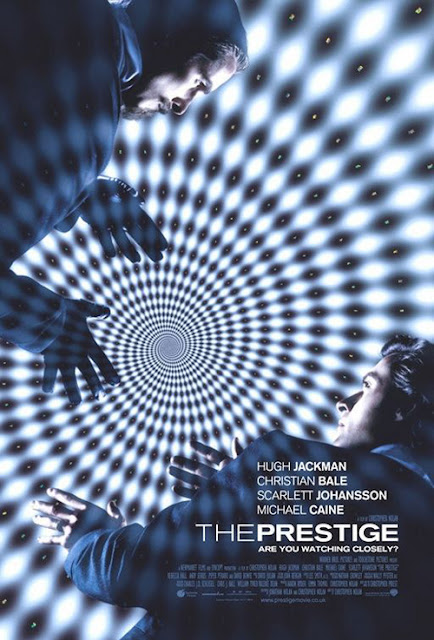 This just seems to yield more with each viewing.

Honestly, I'd rather Nolan left Batman behind and got on with material he's fully on board with (and by that I mean, he's competent at the action in the Batman movies, but you can see there's no real passion behind the execution of those sequences. He clearly wants is to get back to the meat, the storytelling; he's a great visualist in terms of the sleights of hand that are plot-driven, but I get the impression he recognises big set pieces as a necessary part of the Batman franchise rather than something he's invested in - they're certainly not the parts that stay with you).

The casting here is spot-on; the only slight exception is Scarlett Johanssen - who is fine, but seems like the result of her telling her agent she'd like to work with Nolan rather it being a good fit for her.

This time round I was also very taken with David Julyan's score, not showy but reinforcing the story with intelligence. Terry Gilliam, among others, has bemoaned the film’s reveal as deal-breaker. It’s rare, I know, but Gilliam’s wrong.