Don't move. Stare right back at them. 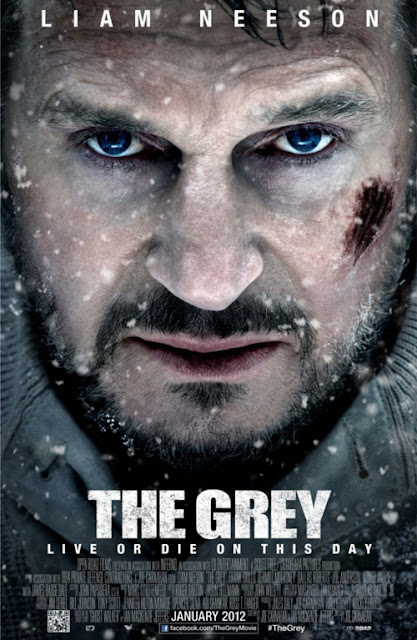 I suspect Joe Carnahan is a wee bit obsessed by what it means to be a man, although I could only get through about 10 minutes of him sounding like a right cock on the commentary so I can't be certain.

He's a solid filmmaker, which ends up exposing his shortcomings as a (co-) writer; he thinks the film he's made here is more profound than it actually is. Liam Neeson (solid, dependable, intense, but with a faint air of boredom - Liam Neeson, basically) leads the survivors of an Alaskan plane crash through wolf-infested territory as they get picked off one by one.

There's nothing very original in this man vs the elements tale, and once the trajectory it's headed in becomes clear a sense of predictability takes over. The best scenes come early on, with a terrifying plane crash and the touching expiration of a character soon after. From then on it's all a bit sub-Deliverance; there's a lack of strong characterisation so it becomes a catalogue of attacks, in-fighting, human error and camp fire anecdotes.