I can't feel my face! 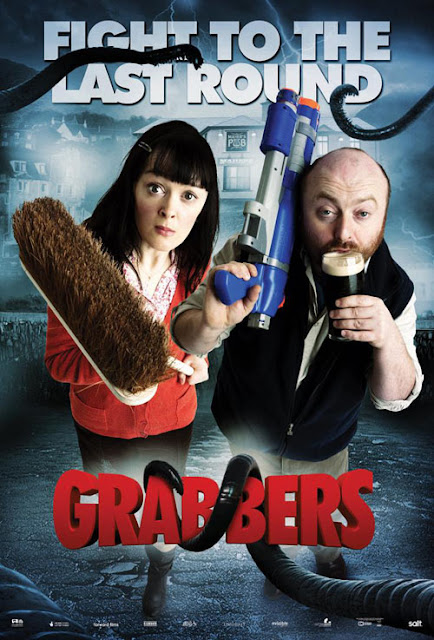 Proudly inspired by Tremors, Jon Wright’s comedy sees an island off the coast of Ireland besieged by squid-like aliens with an allergy to alcohol. It’s the last bit that provides this likeable sci-fi comedy thriller with most of its yuks, as the islanders take shelter in the solitary pub on a stormy night and get plastered.

The cast are led by Richard Coyle and Ruth Bradley as the local garda, the former an alcoholic and the latter a by-the-book law enforcement officer. Bradley’s character has never been pissed before, and her drunk performance is one of the film’s highlights, only equalled by Russell Tovey’s marine biologist on moonshine (“I can’t feel my face!”) There’s an appealingly irreverent tone throughout, such as in the  suggestion that they feed Father Potts to a Grabber in order to see if it will digest shit (“I beg your pardon?!” comes the Father's response).

The creature effects are just the right side of cartoonish, and extremely competent for what must have been a low budget affair. Wright’s choices as director sometimes don’t work, but occasionally pay-off wonderfully (the point-of-view of a Grabber getting the shit kicked out of it).