I didn't forget everything. I remember how to kill you, asshole. 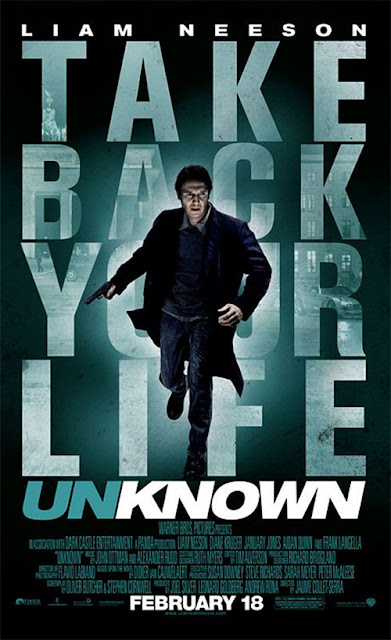 The first hour sets in motion a gripping thriller of questioned identity, with Liam Neeson cast adrift in Berlin. He's had an accident, and then finds his wife (January Jones; glacial and bitchy just for a change) is denying all knowledge of him. And she is claiming Aidan Quinn (remember him?) is her hubby.

Neeson, supported by the ever-delectable Diane Kruger goes in search of answers. Which are decidedly twist-for-the-sake-of-it and rather ruin the good work that's gone before (particularly from Jaume Collet-Serra as director; he also gave us Orphan, another better-made-than-its-script-deserved piece). Along the way there's a great scene between Bruno Ganz and Frank Langella that almost makes up for the way the rest of it goes pear-shaped.