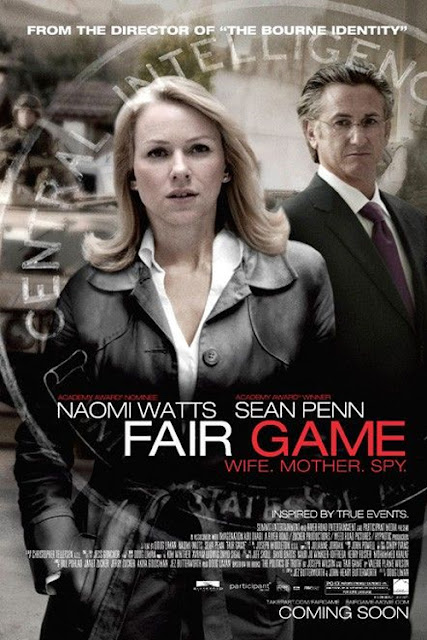 After a run of popcorn movies (The Bourne Identity, Mr & Mrs Smith, Jumper) Doug Liman turns his hand to the biopic. And it's not at all bad, even if the territory is the overly plumbed but to variable results Iraq War.

His version of Valerie Plame's outing as a CIA agent is put together with energy and discipine, and rooted in solid performances. Naomi Watts is subdued as Plame, but it's Sean Penn (who I'm usually not that fussed by) who impresses the most as her husband.

There's also strong support from David Andrews as a machiavellian Scooter Libby. If the "rousing" final scene with its stirring score feels somewhat artificial, it's a rare bum note.