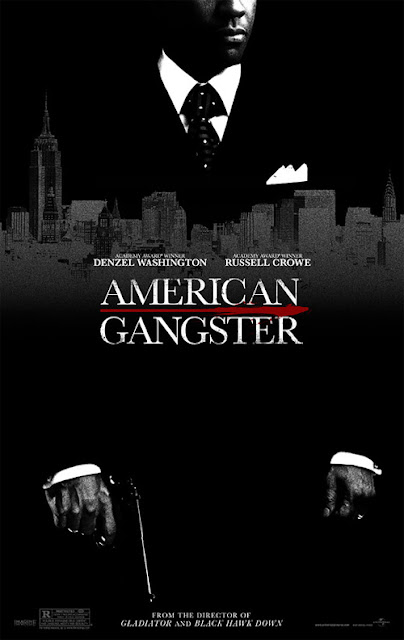 Ridley Scott's best film since Gladiator (I say that as someone who thinks Gladiator’s no masterpiece) put him back in demand., mainly because the plot is solid, even if it never manages to breathe life into the world it’s portraying in the way that, say, Goodfellas did.

Crowe actually pulls off the more compelling performance, some feat as there's far less meat on the bones of his character than Washington's.

Nice to see Scott pulling back and filming for once rather than getting all tricksy (I'm so bored of stutter-vision, of which I only spotted one instance here, but which has been de rigueur since Saving Private Ryan and Gladiator).

When interest wanes, enjoy the slew of nice little cameos, from James Brolin to Ted Levine (for once not playing a psycho).