I think I'm more comfortable with being disappointed. 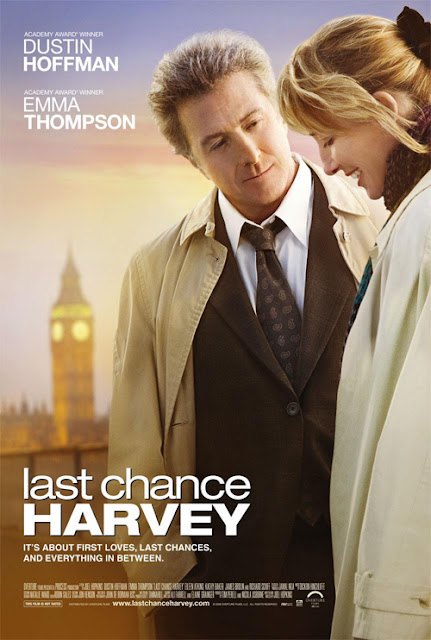 Aging, lonely and shunned Dustin Hoffman kindles a romance with 22 years younger but still aging and lonely Emma Thompson in this well-meaning but very slight story from writer-director Joel Hopkins. You couldn’t really call it a romantic comedy as it isn’t very funny, but it does have a number of musical montage sequences which suggests that it thinks it may belong to that genre.

Thompson’s vocal performance suffers from posh actress doing a working class accent syndrome (see also Rachel Weisz in Fred Claus) but both she and Hoffman are winning even where the script fails them. In the end it’s down to them that you want to buy into the possibility of them as couple; certainly, no admonitions that this “doesn’t happen in real life” encourage you to believe that, yes, it does in this movie instance.

Diminutive Dustin spends the first 30 minutes of the film as a fairly unsympathetic figure; it’s the gradual stacking of odds against him that encourages identification, and his interaction with his daughter and ex-wife and her new husband (the latter two played by Kathy Baker and Josh Brolin’s dad James – the only actor I know of to have played Pee Wee Herman besides Pee Wee Herman himself)