I think that it's a piece of shit. 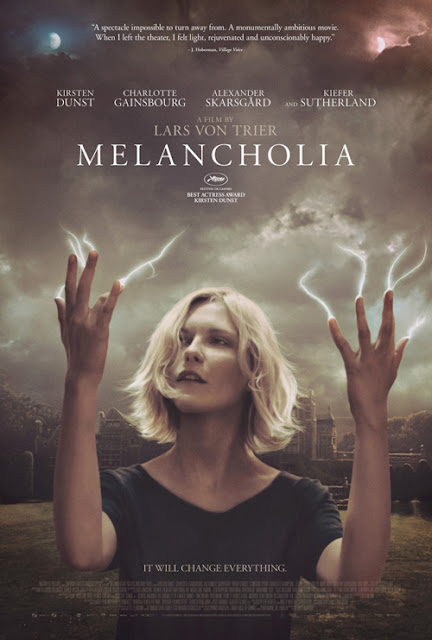 Despite my distaste for the majority of Lars von Triers' oeuvre I gave this a look on the basis of some now unaccountable rave reviews. I found it to be further evidence of his persistent misanthropy, here masquerading as a profound meditation on depression.

The first hour is almost unbearably tedious, as half-baked characters interact and emote in material that feels like it was pulled together following a particularly indulgent actors' workshop. They behave as caricatures, devised to perform contrived "powerful" moments.

The science fiction element, which might have been used affectingly if the first half had been insightful, is clumsily conceived and serves to emphasise how shallow the whole exercise is. Likewise the exchange of positions of the sisters, as the apocalyptic dread of the second half takes hold, would have been quite clever if you cared about them.

Still, Kirsten Dunst has very nice boobies (it's okay to get them out for Lars, he's all about the art, don't you know).