If only he could talk. 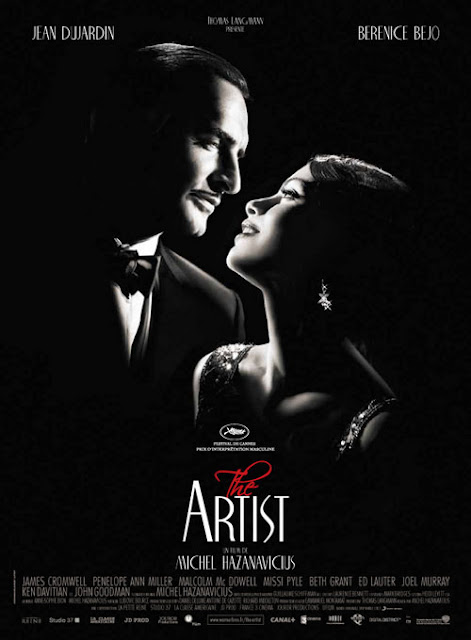 Deceptively effortless hearkening back to the silent era. Michel Hazanvicious has already proved adept at the period movie with his OSS 117 comedies, and here takes the lead from those films, Jean Dujardin, and puts his enormous charisma and shit-eating grin to superb use. As good as the director's missus, Berenice Bejo, is, this is Dujardin's film. He's note perfect as the fading silent film star, hilarious and desperately sad by turn.

That's not to discount the performance of Uggie as his faithful dog. How likely are two scene-stealing mutts in the same year (see also CGI Snowy)? Uggie's adorable, particularly in his Lassie moment of running to fetch help. Fine support from John Goodman and James Cromwell too.

I expect the director would be the first to admit that there's nothing particularly deep here; it's a rags to riches and riches to rags romance told with considerable flair and love of the period (the sparing use of sound is put to amusing effect also). All the awards attention has probably done it something of a disservice, as doesn't really deserve to be set on a pedestal, but it is immensely likeable (if I'm honest, I probably rate Cairo: Nest of Spies higher, though).