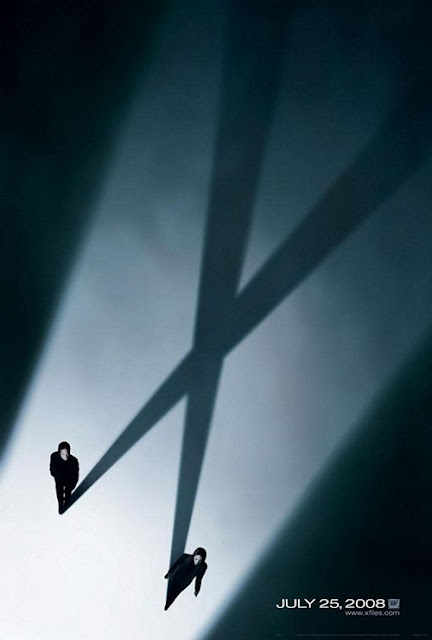 Although I appreciate it now for what it is, I was distinctly underwhelmed by the 1998 movie, which just seemed to be biding time rather than breaking new ground. In contrast, I was expecting some kind of limp expiration of the franchise with this return, given the sour reviews, but I found myself really enjoying it for the most part.

There are plenty of bum notes in the mix; Scully's maudlin medical subplot is standard fare, but Gillian Anderson returns to playing Dana as the scientific to the point of ludicrousness doctor in a way that makes you suspect seasons 8 and 9 of the series never happened. Meanwhile David Duchovny's right back in there with his deadpan quips and constipated underplaying. Billy Connolly's very good value in an unsympathetic part and Cylon Callum Keith Rennie gets to flex his villainy muscles (Duchovny clearly has a man-crush on him; he's in most of Season 2 of Californication too). Xzibit and Amanda Peet don't make much impression.

The plot is patchy. Or rather, while the main X-file is involving enough, if not really movie-worthy, heavy weather is made of the Mulder-Scully relationship with Chris Carter never really facing their romance head-on. The result is that they communicate in the manner they did pre-ugly bumping. In fact, it's difficult to discern just what their living arrangements are since she complains about Mulder's beard like she's never felt it before and walks around his house like she's a stranger in it.

The real star of this is Bill Roe's gorgeous wintry cinematography which, combined with an evocative Mat Snow score, creates an atmospheric and moody film. Carter's direction is actually quite competent; he's in Duane Barry "serve the story" mode, rather than Triangle "let's see how much I can work the camera" and all the better for it. I'm sort of impressed that they didn't take a bells-and-whistles approach to this movie; it's by no stretch equivalent to one of the best TV episodes, but it makes no apologies for being its own beast and as a result feels very unpackaged and non-committee-dictated.