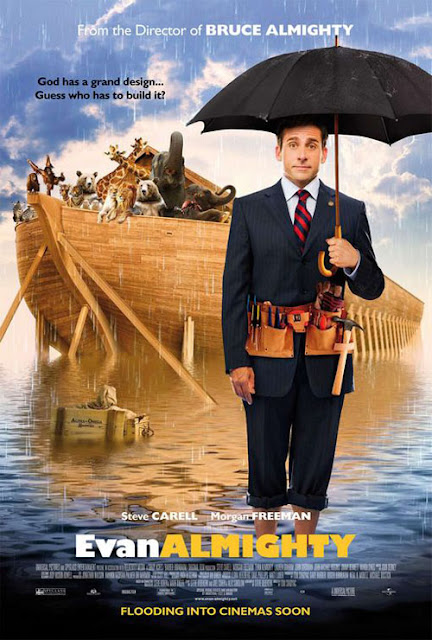 The problem is, you can see how the writers have worked backwards from the high concept “man builds an ark as a latter day Noah” but strained unsuccessfully to build comedy, conflict, and a basic structure from there. Far too many montages, a bloated (very expensive) CGI bestiary and worst of all a real shortage of laughs afflict the finished article.

Carrell’s fine (as ever) and does his best to carry the film, but even with Carrey this would have been a major misfire. It’s telling that the proceedings only catch fire when Evan’s interacting in congress with John Goodman’s nefarious fellow congressman. Ditching the ark completely and having a God-bothering congressman wreaking havoc and God-gifted miracles might have made for a more involving result.