Is this a prison, or the world's shittiest mall? 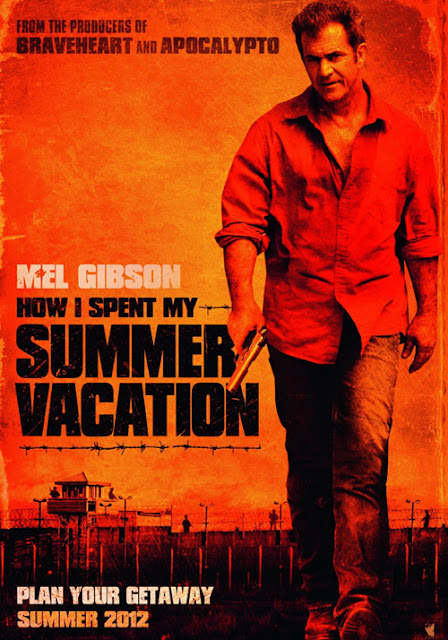 Rascally racist Mel Gibson forestalled possible (likely) box office failure for this debut from his regular Assistant Director Adrian Grunberg by releasing it straight to video-on-demand. Just as his reputation has nose-dived, Gibson has acted in two of his most interesting films in many a year (the other being The Beaver).

He co-wrote this too, perhaps an attempt to make the version of Payback that he always wanted. His character, Driver, bears many of the traits Porter did in that film, not least the ability to extricate himself from the trickiest situations and outwit his opponents with remarkable ease. Driver is thrown in a Mexican prison, having attempted to cross the border with $2m in his car. There, he makes pals with a kid and his mother (a recipe for sentiment that is resoundingly avoided) and comes up against the crime boss ruling the place.

Grunberg creates a convincingly squalid environment in which a significant number of non-Aryans want to kill poor Mel. Perhaps its the breezy verve of the script (which employs a deadpan narration from Gibson) or having an old hand director as your lead, but Grunberg makes the transition to calling the shots far more smoothly than many who made the shift (be it ADs, cinematographers or editors). At not much more than 90 minutes, this is a lean tale confidently told.