It doesn't really matter; the judgement of other men... I know what I've done. 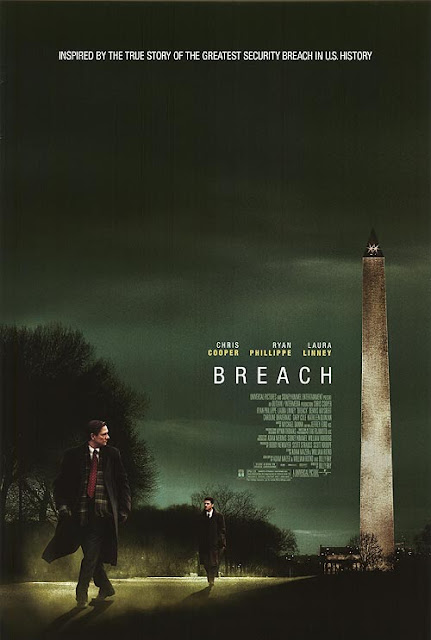 Based on the espionage conviction of Robert Hanssen in 2001, this a classy, intelligent, low-key affair. It has more in common with the likes of Tinker, Tailor, Soldier, Spy than the typical Hollywood suspense thriller.

Chris Cooper atones for making The Kingdom with a layered performance as Hanssen and Ryan Phillippe proves he's not just a pretty boy by carrying the film as the FBI man assigned to spy on him. Good support too from Laura Linney.