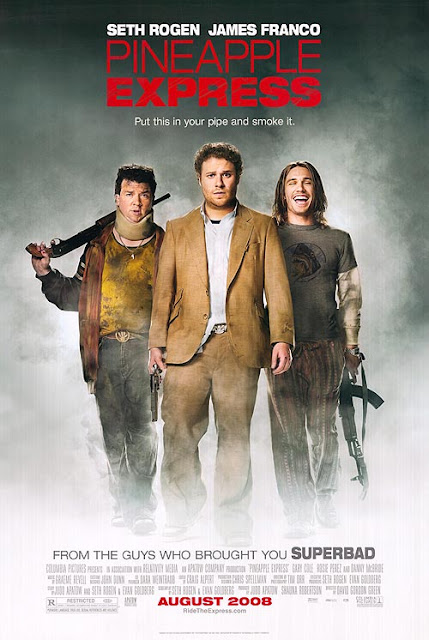 Apparently Seth Rogen likes to smoke weed. I take no issue with this, but repeatedly citing it as his character’s defining trait gets old very quickly.

Having seen him on screen a few times now, I do take issue with him appearing to be a bit of a twat, and I wonder how long he's going to remain in the limelight (as long as Judd Apatow's still flavour of the month, I guess). As it is, James Franco comes across a whole lot better than Rogen; most likely because Franco can act.

Express is fairly funny for the first hour, the combination of stoned behaviour and life-threatening situations being nicely observed. By the halfway point Rogen (as co-writer) was clearly at a loss for inspiration, smoked a dooby and decided to turn it into a gun-fetish wish-fulfillment fantasy. At which point it lost me. Except for the ultra-violence inflicted on Rosie Perez, which I quite enjoyed.