It's the dress; take it off. 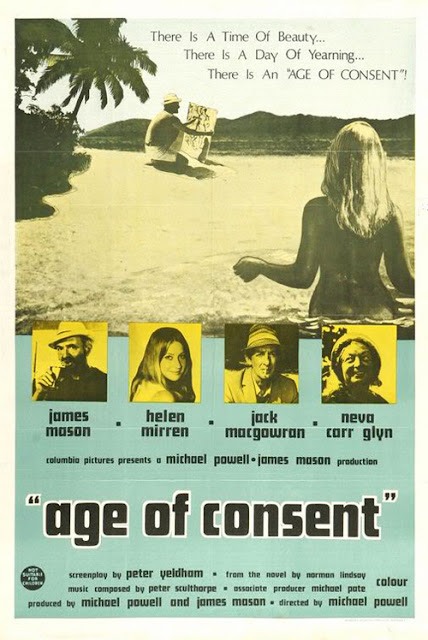 Michael Powell's last full-length feature, and fittingly its another exploration of island life (this time off the Great Barrier Reef) something that was a source of fascination for him (see also Edge of the World and I Know Where I'm Going). Mostly known as Helen Mirren's debut (she was 22 at the time) and blessed with her fulsome nudity as artist James Mason paints her portrait (at no point does he offer to show her his etchings).

An amiable, easy-going film; Mason never really convinces you he's Australian, but it doesn’t feel especially important. Plot diversions involve Mirren's alcoholic plague of a mother and Mason's light-fingered pal (Jack McGowran). Mason's dog is a canine superstar; when Mason comes home it runs to where it's collar is tied up and puts its head inside.

The trailer provides a bit of insight into Mason's accent ("I'm a pinter") and bigs up Mirren's RSC cred: