Little bit weird, but ummm... turns out everybody in the future, American. 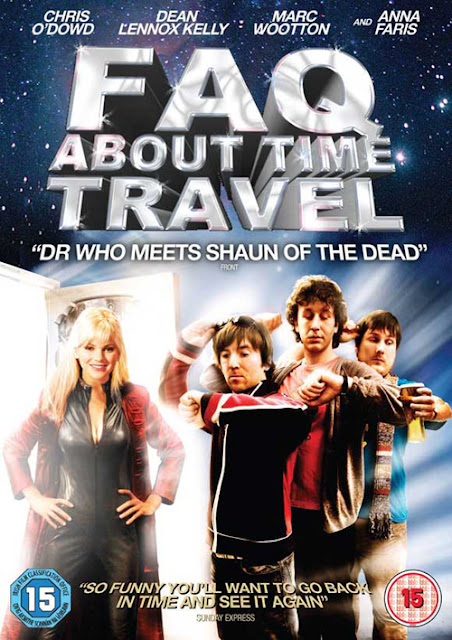 Following very much in the wake of the post-Spaced fanboy assault on film and TV, this Jamie Mathieson (who has written for Being Human and Dirk Gently) scripted comedy sets up it’s premise neatly and moderately amusingly in the first 20 minutes.

As is the nature of British comedies, it centres on a pub – in this case one with a time leak in the gents toilet. Hilarious disruptions to the central trio’s timelines ensue. While the setting allows for effective use of a limited budget, it also ends up reflecting a limited imagination in terms of what to do with the story. Mathieson fails to come up with anything that wouldn’t look out of place in a Red Dwarf plot decades ago.

Chris O’Dowd makes a pleasant lead, but the most fun is had by Dean Lennox Kelly as the non-geeky one.  Lovely Anna Faris appears as a time leak fixer-upper from the future and is better than material. TV veteran Gareth Carrick seizes the chance to direct a feature (barely, it clocks in at a slender 80 minutes) and makes a good fist of it, even if he’s no Edgar Wright.