Maybe that's what hell is, the entire rest of eternity spent in fucking Bruges. 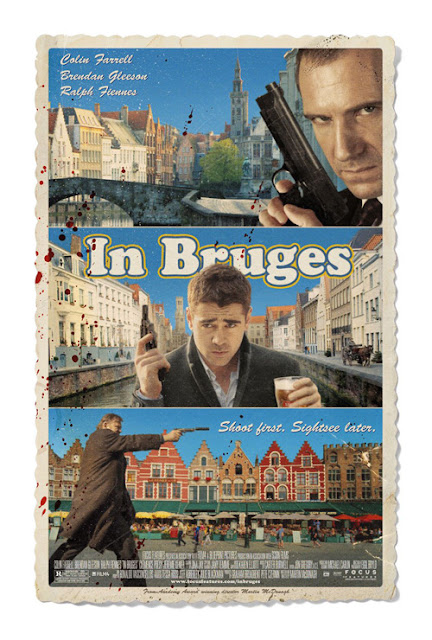 “You can't sell horse tranquillisers to a midget." Definitely not one for those with delicate sensibilities, this manages that rare feat of being by turns hilarious, resonant and tragic whilst always feeling of a piece.

A career best turn from Colin Farrell, and it seems like ages since Brendan Gleason got a role to sink his teeth into.  Farrell is so good it would be doing him a service to ban him from any future US films. Then there's Ralph Fiennes, channelling Ben Kingsley by way of Peter Cook. Great music too from Coen regular Carter Burwell.

The deleted scene of Matt Smith as a young Ralph Fiennes sees Smith give a solid performance, and provides an interesting back-story character beat to the relationship between Fiennes and Gleeson, but it doesn't feel essential. Whilst Fiennes character's code of honour sets in motion the train of events in the film, it isn't really his story and I think the dislocation of time and place of the flashback would have distracted from the Bruges setting if it was cut back in.