No, I never wanted to go to war. I just wanted to fly. 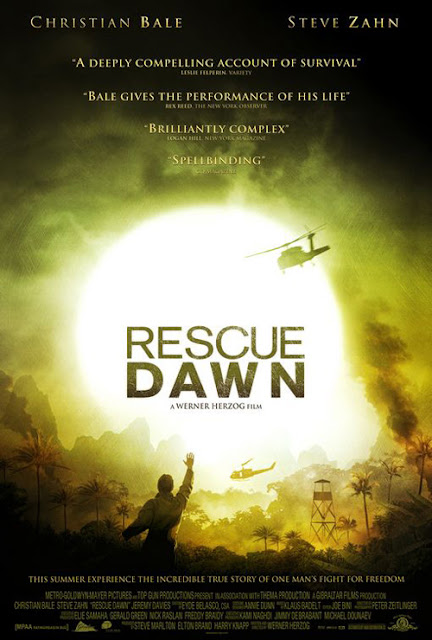 Christian Bale is a good match for Wernor Herzog; neither seem particularly satisfied unless they’ve suffer in some way for their art.

Good to see Herzog making a feature again, and this Vietnam-set POW drama is a solid piece, ultimately made so by the standard of the performances. Bale is typically focussed as unfailingly determined crashed airman, but it’s Steven Zahn who deserves the plaudits.

He's typically relegated to comedy sidekick roles but this is his most impressive work since Out of Sight. Jeremy Davies, as usual, plays someone slightly touched. Bale should really quit his rapid weight loss/gain roles now, though.