Oh, we live off the country. Rabbits, deer, a stray hiker or two. 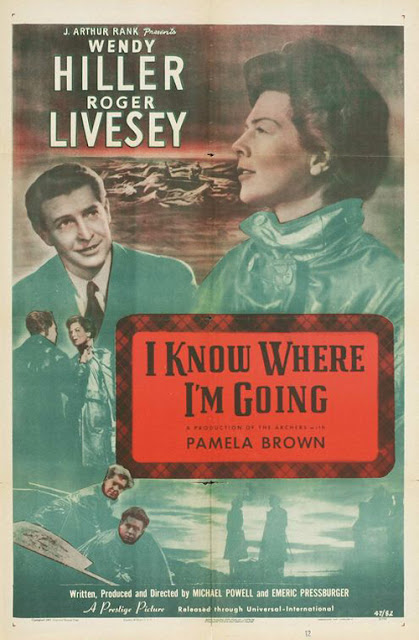 Powell and Pressburger's island romance sees Wendy Hiller set off for a Scottish island to marry a wealthy industrialist. But, delayed by weather en route, on another island, she finds herself attracted to Roger Livesey's local laird.

This sees Powell return to explore (Scottish) island life following his earlier Edge of the World, although the focus here is very much on the interaction of Hiller's headstrong fish out of water with the community.

The extended sequence of the attempted crossing to Hiller's intended destination remains gripping. It's also one of those films (I'm thinking most films with Andie McDowall in the lead) where one of the supporting cast is far more entrancing than the female lead. In this case it's Pamela Brown's transfixing performance as Catriona. Also cropping up are John Laurie and Graham Moffatt (of Will Hay movies fame).