On the other side of the screen, it all looks so easy. 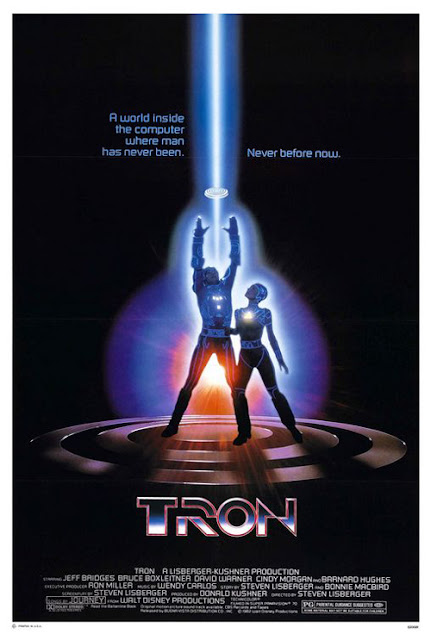 Revisited on Blu-ray, this is a case of the sequel significantly improving on the original.

While the effects are by turns impressive and primitive, it's the script and pacing that really let it down. There's not much to the characters, and while some of the set pieces are very good, the score from Wendy Carlos attempts to bleed any drama from the proceedings.

Cast-wise, Bridges coasts on his charisma, Boxleitner is believably tweedy as Alan (and believably bland as TRON) while David Warner delivers his second memorable villain in as many years (following Time Bandits). As for Cindy Morgan; absolutely gorgeous.