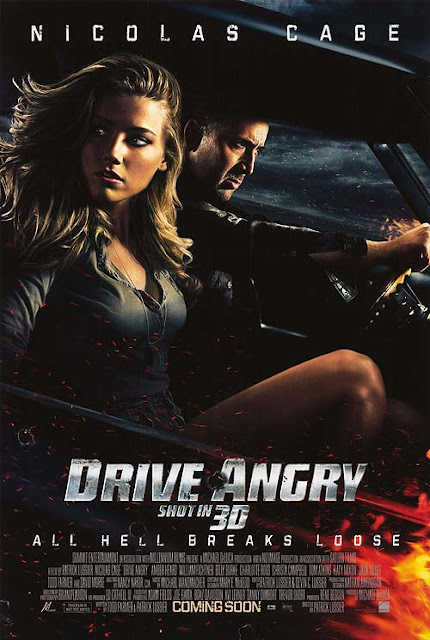 This wallows in B-movie sensibilities (and a 3D movie that frequently looks silly in 2D) but without the wit or smarts to make it really work. Lashings of gore, OTT stunts and ludicrous staging, but lacking enough plot to carry its running time.

That said, it deserves a look for the masterful William Fichtner, who revels in his role as Satan's emissary the Accountant. He's in it far too little, and makes up for Nic Cage going through the motions with his bag of hard guy tricks.

Billy Burke looks the part of a psycho Satanist but is strictly one note. As for Amber Heard, she won't be troubling the Oscars any time soon.