The boy would be my grandson. 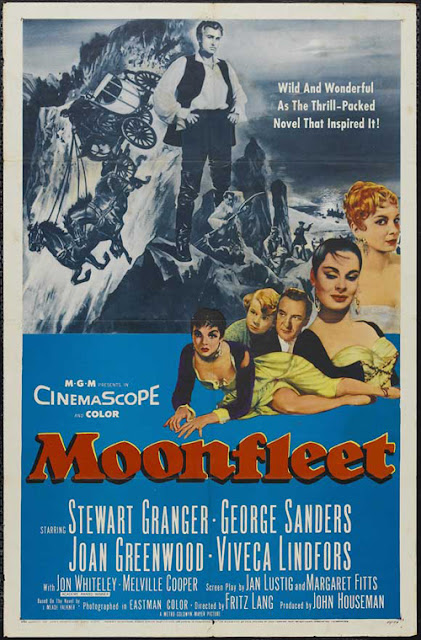 A fairly routine (and loose) adaptation of John Meade Falkner’s novel. The atmospheric cinematography lends the MGM backlot production a decidedly gothic quality (there are a couple of excursions down to a California beach, but that’s as close to England as the production got).

Fritz Lang was increasingly unhappy with the Hollywood system by the time he made this, and that may be part of the reason it feels rather pedestrian; he’d return to Germany a couple of years later.

The young lead is played as a precious little tyke by precious little tyke John Whitely, and his performance is decidedly unnaturalistic. Fortunately the supporting cast enlivens proceedings, with Stewart Granger (essentially co-lead) proving watchable as the gentleman smuggler who reluctantly looks after Whitely, but also highlighting why he’s a forgotten star. He’s not bland exactly, and has sufficient charisma to buckle his swash (a fight with one of his stooges is especially energetic) but there’s just something rather unmemorable about him. In contrast, George Sanders is charmingly hissable as Granger’s would-be business partner. Joan Greenwood, playing Sander’s wife, oozes carnality (as ever).