There's a lot of runaway psychics in Hong Kong. 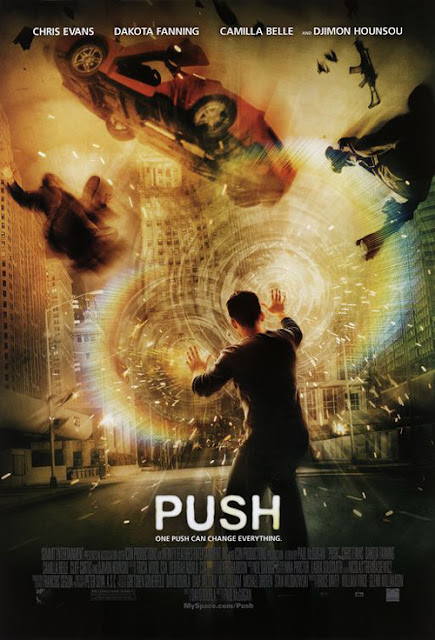 I can't really excuse this script-wise, because it's a complete mess, but I really enjoyed the (Paul McGuigan's) visuals and (for the most part) the acting.

Evans and Fanning make a winning team (although Fanning looks to be in danger of believing her hype, there's some lousy drunk acting here, and I got through two minutes of the commentary before her irritating luvviness had me switching off), and Camille Belle and Djimon Housou lend strong support.

The Chinese "Bleeder" brothers are hilariously OTT when they are in attack mode. This is getting labelled as a budget X-Men, but as incoherent in logic as it frequently is, I found it more arresting than those films, both in its "real world" take on superhuman skills, and in the visual treatment of those skills. It ends with the feel that it's only just beginning, but given the B.O. I'm not sure there'll be a sequel.