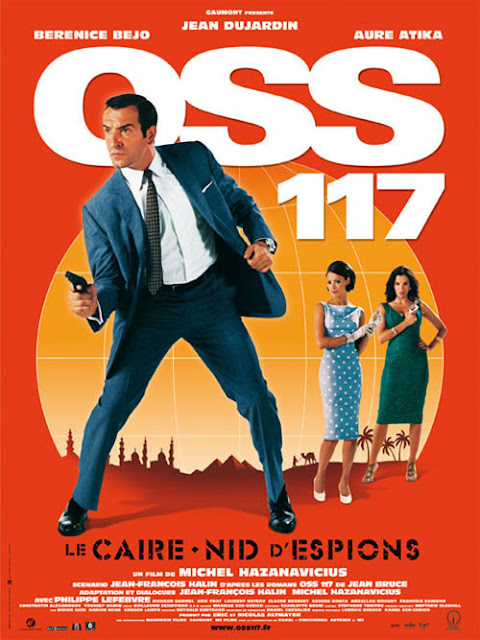 This more of a Danger Man spy spoof than a Bond one (appropriately since the books and films on which this comedy version is based pre-date Bond). The biggest reason this works is the lead performance by Jean Dujardin as secret agent Huber Bonissuer de la Bath, full of unjustified self-confidence and a hilarious shit-eating grin. He looks like a secret agent, but is only really a slightly less incompetent Closseau (he can handle himself in a fight but he's a dense fellow and wears his ignorance on his sleeve).

The film's set in 1955 and the retro colour palate gives it an of-era feel, while the Middle East setting is ripe material for gags. Any comedy that understands the importance of a well-executed chicken joke gets my vote, and this has a whole fight scene, and a running gag. Best line comes from the leader of a group of German soldiers operating within one of the pyramids:

Funny how Nazis are always bad guys. This is 1955. Don't we deserve a second chance?