This is your life and it's ending one minute at a time. 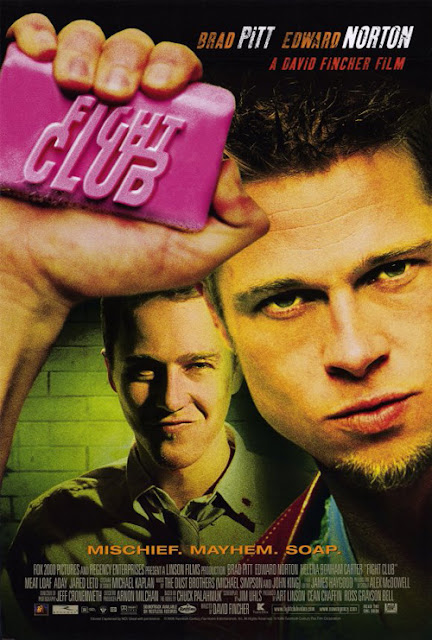 
The Blu ray looks very nice. Not much new to say about the film, except that it's a masterful piece of filmmaking and a reminder that Edward Norton was a must-see actor at one point (although I do tend to seek out his films, his choices have been at best variable over the last decade).


There's little in the way of new extras on here; there's indexing on the commentaries and a text interview with Norton. The main addition is the Spike award footage Fight Club received last year, where Pitt hailed Gibson with "Thanks, sugar tits"; funny, and interesting to see Fincher/Norton/Pitt planning what they're going to say on stage.