This isn't The Graduate, this is Deliverance! 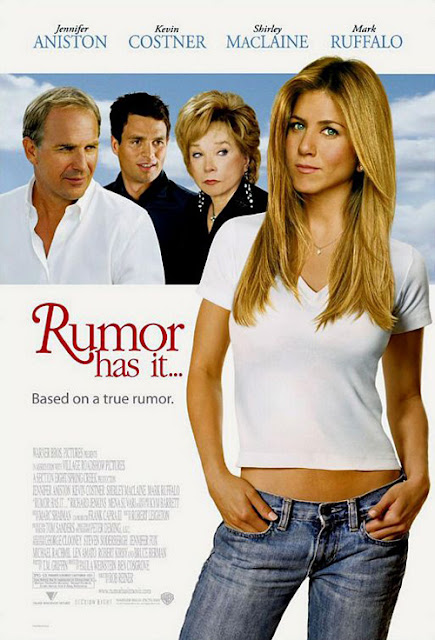 Rob Reiner’s stock has steadily fallen since his late ‘80s heyday, and this is one of several unmemorable romcoms he directed in the first half of the 2000s.

You can see the appeal of the pitch, but also why it doesn’t really take off. Who actually needs to see the “real life” story The Graduate was based on when they’ve seen the ”original”? Especially since, unlike Mike Nichols film, this has no balls (not unlike Kevin Costner’s character).

The casting is solid (Jennifer Aniston’s comic timing is as good as ever and she is especially well-matched with Shirley MacLaine, there’s also a role for the peerless Richard Jenkins), but if you want to keep the audience onside with a heroine who strays from her fiancé, it’s probably an idea to cast someone less likeable than Mark Ruffalo.