This plan is stupid. 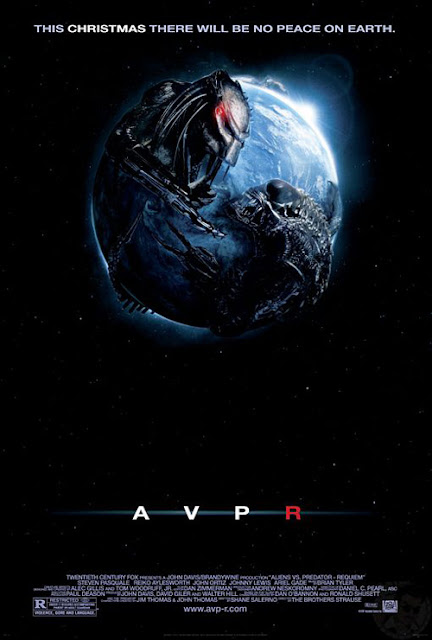 Bereft of artistic leanings, but more fun than Anderson's first AvP because it’s so shameless.

The Strauss Brothers do the best they can with a bog standard script. The result appears to enjoy wallowing in its own entrails (I'm surprised it managed a 15 certificate) and dares to venture into some usually no-go areas (dispatching a child in the first reel, then allowing a xenomorph to happen upon a hospital ward full of babies).

The Predator at least isn't a bulked-up muscle man in this intstallment, and there is a certain pleasure seeing a load of jocks eviscerated. Reiko Aylesworth is under-used, never given a chance to flex her Ripleys. Hopefully this will be the end for these Earth-bound stand-offs.

Look out the window. Eden’s not burning, it’s burnt.

February 02, 2021
Reign of Fire (2002) (SPOILERS) There was good reason to believe Rob Bowman would make a successful transition from top-notch TV director to top-notch film one. He had, after all, attracted attention and plaudits for Star Trek: The Next Generation and become such an integral part of The X-File s that he was trusted with the 1998 leap to the big screen. That movie wasn’t the hit it might have been – I suspect because, such was Chris Carter’s inability to hone a coherent arc, it continued to hedge its bets – but Bowman showed he had the goods. And then came Reign of Fire . And then Elektra . And that was it. Reign of Fire is entirely competently directed, but that doesn’t prevent it from being entirely lousy.
Post a comment
Read more