What was sundered and undone shall be whole - the two made one. 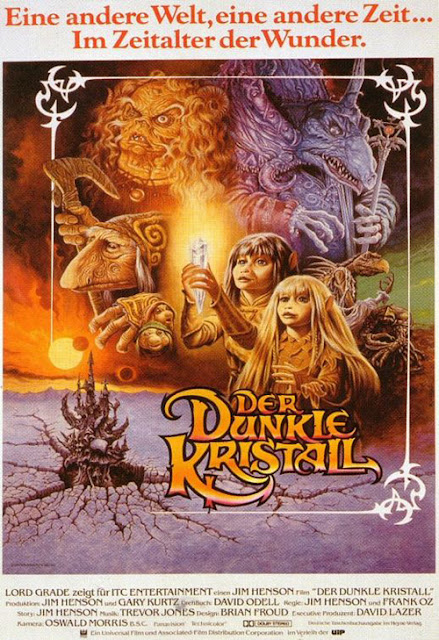 A laudable attempt at world-building from Jim Henson and Frank Oz, but the script isn't really there. The result is fairly generic quest storytelling without strong enough characters to fully engage the viewer.

The Gelflings are merely insipid while the Mystics rather abjectly wander across a landscape for the duration. This slack is carried with the villains of the piece, the Skeksis.

Particularly so in respect of the star voice turn from the Chamberlain, whose humming is hilarious. Apparently there's a sequel in the works.