What you imagined might be better than the real thing. 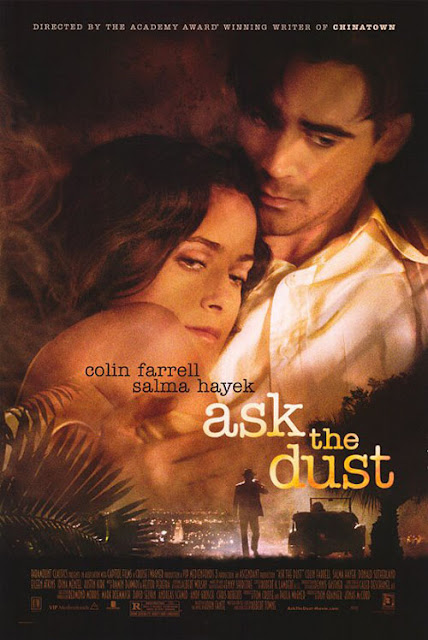 Robert Towne’s career as a director has been brief and mostly underwhelming (his first, Personal Best, living up to its title). His fourth feature is a self-indulgent tale of a struggling Depression-era writer (Colin Farrell) and his rocky relationship with a Mexican waitress (Salma Hayek), adapted from a novel by John Fante.

There’s nothing especially bad here; it’s handsomely photographed by Caleb Deschanel, Farrell and (particularly) Hayek give strong performances and the voice over is mindfully layered over the material (both Farrell’s and in the letters to him from H L Mencken, played by Richard Shickel). But the plot itself is slight, and stories of vainglorious writers trying to make it have been oft told and more engagingly so (whether dramatically or humourously).