You been in pictures? 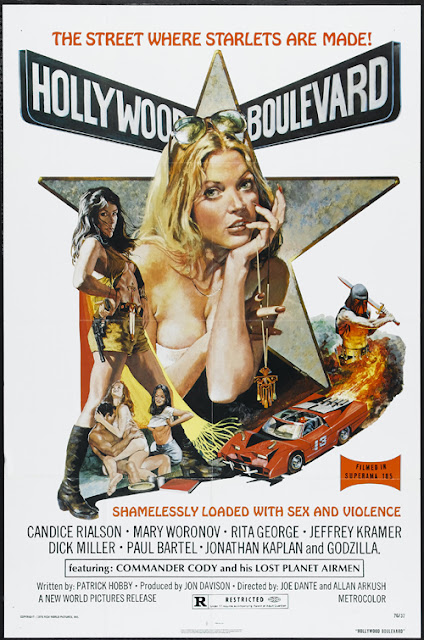 All of the action sequences come courtesy of previous films from Roger Corman's studio, such as Bartel's Death Race 2000 which means there's a bizarre sequence in which a penis creature gets it on with a vagina monster.

The result is a cheerful mess, and very un-PC; the frequent breast count is usually related to threat of rape (as the entertaining commentary points out, this was de rigueur in Corman films of the period). There's also a guy in a Godzilla costume and a fleeting appearance from Robbie the Robot.