You call that minimum force? 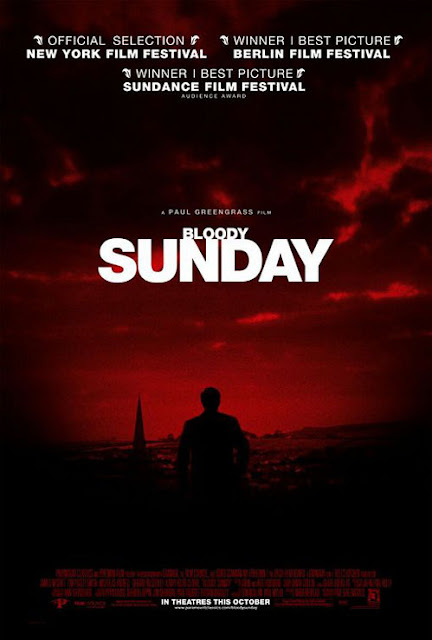 Paul Greengrass’ account of the massacre employs his signature shakycam to gripping effect. He creates immediacy, terror and outrage but his subsequent prerequisite use of it does make you think it has become a crutch rather than a tool to use to support appropriate material.

He deals only with the events of the day, and switches perspectives between the marchers and the troops; ostensibly James Nesbitt’s SDLP MP is the face of one and Tim Piggot-Smith’s Major General the other. Both are outstanding; the cast also includes Equatorial Guinea’s favourite mercenary Simon Mann as a British colonel.

Jimmy McGovern apparently criticised the film for not concentrating on the perspective of those who joined the march, which seems rather redundant since if it had it would have been doing the same thing as his Sunday.