You don't even have to be guilty, they'll hang you for anything these days, that's because they're so very fond of hangin'! 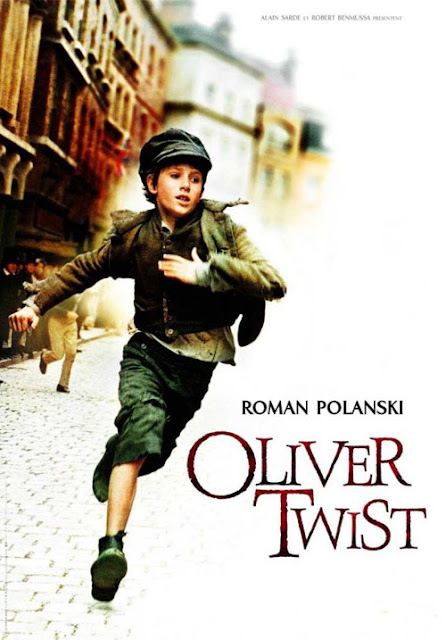 Roman Polanski does Dickens, just as he has previously tackled Shakespeare and Hardy, and the result is a respectable production lacking any real vigour or reason to exist. For all its drawbacks the David Lean version is far superior, both in its sense of atmosphere and the performances of its young leads.

Polanski’s film has more time to breathe than Lean’s but, instead of using this to its advantage, at times it feels sluggish and unable to gather any momentum. It also leaves out all of Oliver’s backstory which may have the benefit of simplifying the telling and the number of characters required but crucially it also eliminates the mystery and intrigue.

Ben Kingsley’s Fagin is memorable, as is Mark Strong (relishing the chance to play a character who isn’t just dark and moody) as Toby Crackit. But Jamie Foreman makes a weak Bill Sikes and it says a lot that the scene where he confronts Nancy is much more shocking in the version completed 60 years previously.