You just can't get uncomfortable enough can you? 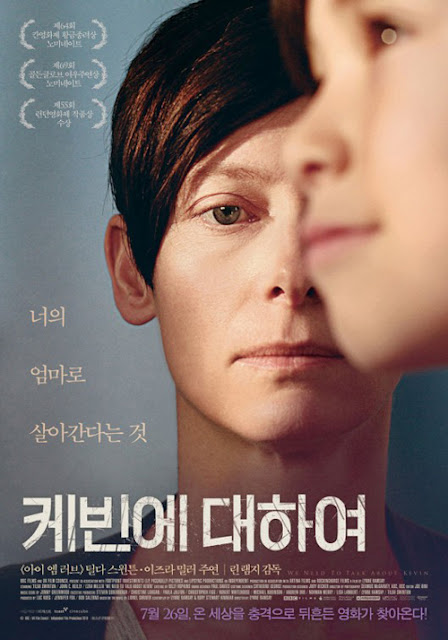 Very well-directed by Lynne Ramsay (I really liked her previous film, Morvern Caller, and this has the same heightened remoteness in drawing us into its central character's point of view) but ultimately rather one-note in essaying the unremitting "evil" of its titular character's behaviour.

To the point where, if it wasn't for the nuanced direction and superb performance from Tilda Swinton it would seem like a fairly rote horror movie. There was even a point during the relentless train of despicable acts perpetrated by Kevin where I wondered if I was missing the point and it was supposed to be a comedy.

The film is at its best in portraying the fractured, hallucinatory post-event world of Eva and it did elicit a genuine gasp when Eva ventures home after visiting the school. And, to be fair, there's some much needed balance in seeing the genuine care that Eva has for her daughter. But I felt that any overall power was undermined by Kevin's almost cartoonish malevolence (at both ages we see him).