I could stay and make coffee or something. 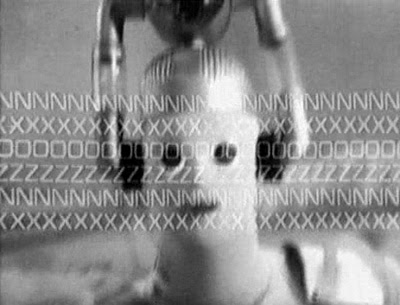 Episode Three lets the side down somewhat, after a very strong first half. A man wearing William Hartnell’s wig collapses, and that’s it for the lead character until Episode Four.

Ben: It’s the Doctor. He’s passed out. He’s ill.
Cutler: Look, I’ve got enough on my plate without worrying about him. Get him down to one of the cabins and look after him.

Which likely reflected Innes Lloyd’s position on Hartnell; get him out of the way, he’s a pain in the arse. This sets up the regeneration, of course.

Ben: He seems all right. His pulse and breathing are normal.
Polly: I don’t understand it. He just seems to be worn out.

So Ben didn’t notice he had two hearts? Maybe he didn’t back then. Bringing Hartnell back for a final story and only featuring him in three of the episodes seems like a major slap in the face, really. Even Colin was offered four.

With the Doctor out of the picture, and the Cybermen making only a cameo appearance, the story struggles to get a grip. Ben and the increasingly fraught Cutler become central, with the former even having to deliver exposition that the Doctor (apparently) told him before his stand-in fell over.

Cutler’s increasingly myopic mental state is presented with very little nuance, although I did find the order in which he presented the problems facing them amusing.

Cutler: One, my son has been sent up on a foolhardy mission and we’ve got to get him down. Two, another visit from these creatures is almost a certainty. And three, the Earth is being drained of its energy by this so-called planet Mondas whatever it’s called.

Nothing like priorities. It’s at this point the story lurches into Dr Strangeloveterritory, but without the sense of humour or the wonderful characterisations. Cutler wants to break out the Z-Bomb (handily, they have one at the base), the doomsday weapon that “rightly primed, it could split that planet in half”. Anyone in possession of their faculties would cry-off such a decision, which is why everyone else tells Cutler not to use it, including the Secretary General, Barclay and Ben.

The Secretary General tells him he can’t use the Z-Bomb. Then Cutler asks if he can take any necessary steps to stop the Cybermen. Which the Secretary General gives him permission to do. Unfortunately, Cutler chooses to not to interpret this as “any necessary steps other than use of the Z-Bomb”. He also wants Barclay to ensure that the bomb detonates so that his son is safe, orbiting on the other side of the Earth.

It’s for Ben to steal the Doctor’s thunder regarding the fate of Mondas.

Ben: Yes, but he said that eventually it would absorb too much energy and burn itself out. Shrivel up to nothing. 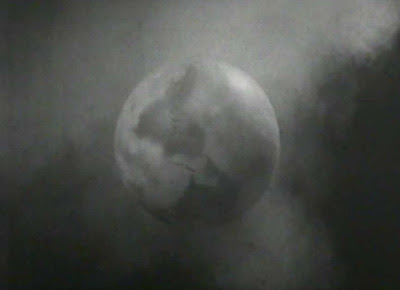 Actually, I think it’s quite a good move to have the fate of Mondas announced in advance. It means that, when it comes, it’s not a deus ex machina. But it does result in most of this episode being occupied with Ben locked up, then attempting to sabotage the rocket that will launch the Z-Bomb (with Barclay’s aid; fortunately he helped design the base!) This involves more of Ben talking to himself, before embarking on the sabotage itself (with a Swiss Army knife). There’s a fine bit of stunt work when Cutler happens upon the sailor and launches him backwards over a railing. 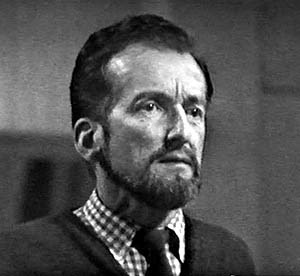 We’re seeing the first sign of writers using Polly poorly, unfortunately. She has little to do, other than be instructed by Ben to try to persuade Barclay to help them. As she’s just a harmless bint, Cutler allows her to stay in the control room after she volunteers, “I could stay and make coffee or something”. That said, she’s willing to engage in moral debate (“one life against millions”) in attempting to convince Barclay that it’s more important to prevent the Z-Bomb from being used that saving Cutler’s son. Later, she hides under a blanket. 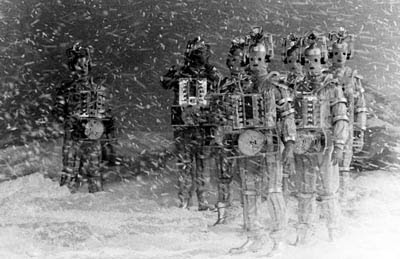 The Cybermen get no more than a couple of minutes of screen time, mown down by Cutler’s men who are using Cybermen weapons. It’s an effective sequence, with the now-familiar Cyber music, but they’re increasingly coming across as not-all-that, despite their being a more advanced, more intimidating bunch.

The episode ends on the rocket countdown; did Ben succeed in with his sabotage? Not all that gripping, but that reflects the episode as a whole.

Merely so-so. Hartnell is missed and, without the Cybermen, events revolve around nutty Cutler.