I'm going to beat your pancreas with your spleen! 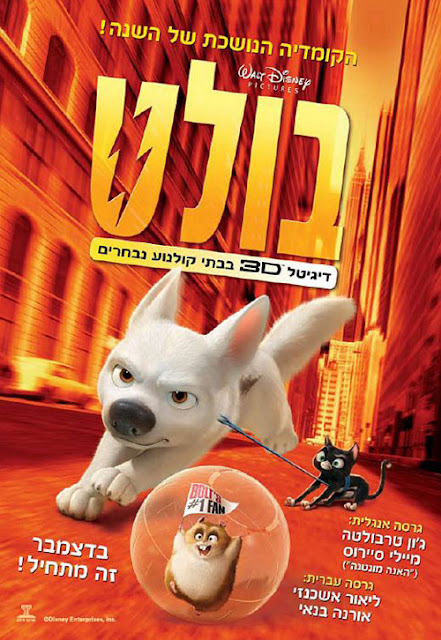 The Truman Show meets Disney animation, as a superhero dog, who doesn’t realise his powers are only make-believe as part of a TV show, gets a rude awakening in the real world.

There are some odd bits and pieces of inventiveness along the way, but this is the usual by-numbers CGI fare. It’s not just Disney, it’s any studio dabbling in the animated kids film market. Bolt makes friends with a couple of sidekicks (a cat, a hamster, some recurring pigeons) on his journey back to his “person”, the girl he co-stars with.

Also, as usual, the best moments come from a scene-stealing supporting turn. Rhino the hamster is sublime, a porky “believer” in Bolt perpetually ensconced in his hamster ball. John Travolta voices Bolt, but I didn’t realise this and there’s no earthly reason why it need to be him.