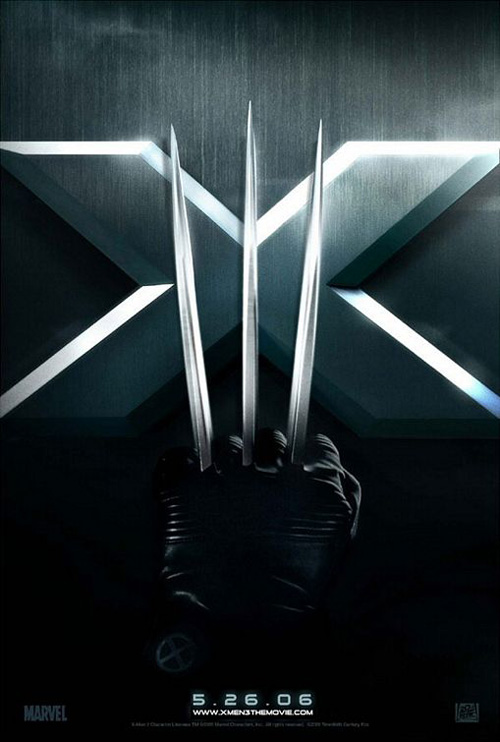 In the main a decent script, but the finished film has any scale or resonance determinedly drained away by Brett Ratner's pedestrian direction (the climactic battle on Alcatraz in particular looks like a badly-stage TV movie). The first 40 minutes or so are quite solid and possibly it's no coincidence that about the time that Vinnie Jones turns up as Colossus things begin to go pear-shaped (Jones is ironically a left-over from Matthew Vaughn's involvement, but I don't think he'd have made him work any better).

While the mutant cure plot thread is a meaty one, the execution is atrociously unsubtle, and there's scenes where the cheesy exchanges are accentuated in a way you just wouldn't have got with Singer (even if the dialogue had remained, there'd have been an appreciation of tone and mood that deserts mutton-brained Ratner). Some of the better decisions (the fates of Cyclops and Mystique) were related to the availability of the actors, but work reasonably well.

The use of Magneto is most effective, but Professor X sees Stewart pushed out of the way for the third film in a row. In contrast, keeping Wolverine front-and-centre is beginning to wear a bit thin by this point, so the introduction of Beast (Kelsey Grammar, a good casting decision from Vaughn) is welcome. It's not unwatchable, but a trilogy that would likely have felt of-a-piece ends up inconsequential even as the director attempts to ramp up the dramatic stakes.

Interesting to note that, for all First Class being supposedly canonical with this trilogy (concentration camp opening, Wolverine), the opening sequence with a physically unimpaired (and weirdly de-aged) Professor X takes place at the earliest in the mid-'80s (First Class has him become paraplegic two decades earlier).