I'm a person and my name is Anakin. 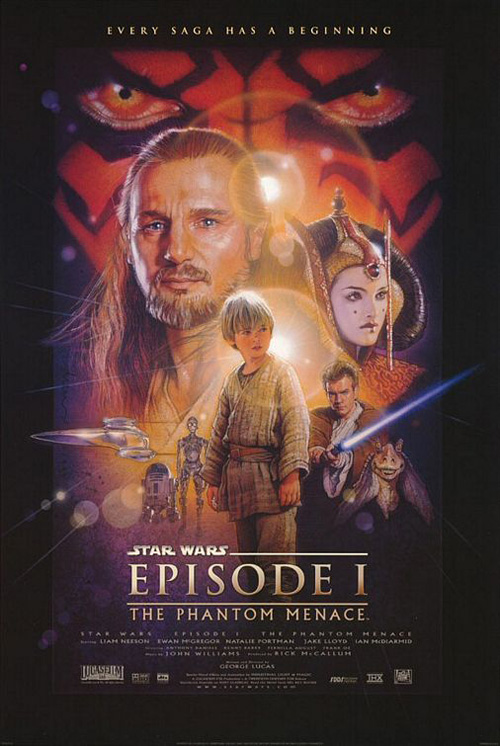 Things that are worthwhile about The Phantom Menace; Ian McDiarmid's performance is rock solid, and one of the few commendable aspects of Lucas' plot is the way that the villain pretty much succeeds in his plans without breaking a sweat. The light saber fight is enthralling, and it's a credit to the choreography - and the editing - that the other rather ropey battles intercut with it are sustained so well by wanting to see its outcome. Darth Maul is an impressively iconic creation too (one of the few of the prequel trilogy), and Williams “scores” with another majestic theme for the Sith/Jedi fight.

What doesn't work: pretty much everything else, but the biggest problem is Jake Lloyd. His complete lack of presence destroys every scene he's in. Whatever Lucas' coups in previous casting choices, he swings to the negative here in one disastrous decision. Even the understandably maligned Jar-Jar fades into insignificance next to "Anni". I can just about stomach the constipated continuity-obsessiveness, and the peculiar lack of confidence from Lucas that impels him to "busy up" the screen with unnecessary CGI at every opportunity, but Annakin renders the return to Tatooine inert aside from the pod race (which is more like a live action Whacky Races than anything Star Wars) and means that the bits you look forward to are the drab politicking.