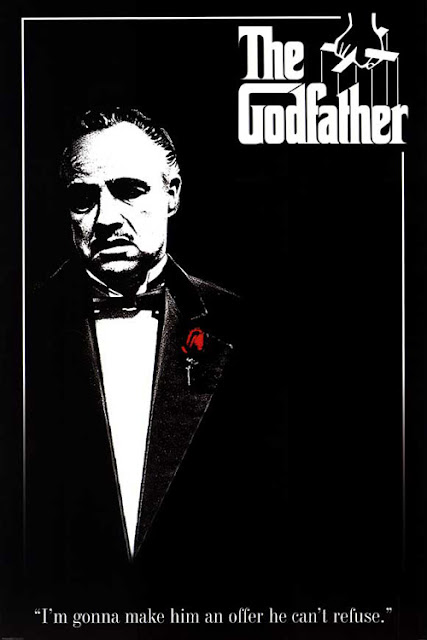 I wouldn't rank either of the first two films as all-time favourites, so when I've revisited them it slightly surprises me just how good they are. And there are always great chunks of plot that I've completely forgotten, so there's a certain freshness to the experience (I've must have seen them about five times each, I guess).

What's most impressive about the first film is Coppola's ability to create drawn-out, almost leisurely suspense (something that would reach its zenith with Part II and turn to bloat in Part III). One could be critical and suggest that he maybe uses the "something gives the game away that an assassination attempt is about to happen" one time too many, but this kind of repetition isn't the kind of thing you're conscious of on first couple of viewings as the the whole is so engrossing. Almost every scene is allowed to develop into a rich and interesting moment in itself.

There's little to say about the cast that hasn't been said many times before; this is one of Pacino's best performances, more so than Part II where he only underlines what he has become by the end of this installment. The actor I really kept noticing was Robert Duvall's Tom Hagen, masterfully expressing thoughtfulness, reserve and sincerity and making an impact on scenes through his quiet unease. And if only Don Corleone had taken his advice in the first place, there wouldn't have been so many snoozies with fishies. Speaking of which, Jack Woltz must have been seriously out of it not to stir sooner, sleeping in a bed sloshing with blood.