I’m not a kangaroo, mate. 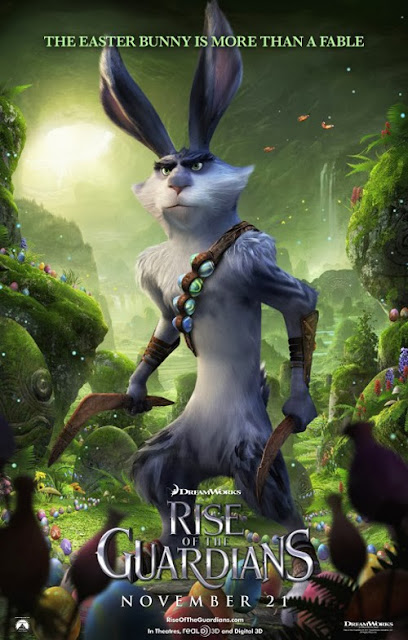 I held a slim hope that this DreamWorks effort, a relative misfire at the box office, might diverge from their cookie cutter animation formula. I suppose it is less “laugh-a-minute” than usual, which is no bad thing when audiences are expected to lap up a Kung Fu Panda 2 that is impossible to differentiate from the original. But first time helmer Peter Ramsey has nothing to fill that hole; the hook of Rise of the Guardians is all there is to it. Once you’ve seen the poster’s character line-up you don’t actually need to see the movie. Most likely a much better version will have already played out in your head. 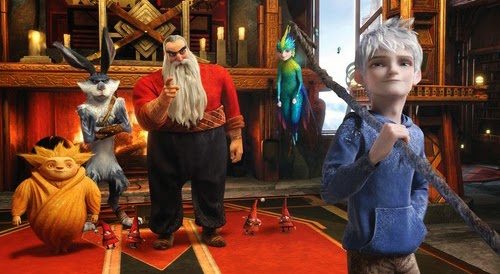 Guillermo Del Toro is on-board as DreamWorks animation’s executive producer these days, presumably in charge of making it a-little-bit-but-not-too scary and injecting a-little-bit-but-not-too-much atmosphere. You’d certainly be hard-pressed to divine his sensibility at work (God knows what he claims his contribution to Turbo was). This is the blandest version of “dark and moody and poetic” conceivable (to use his proclamation for the picture). Yes, some of the design elements are quite neat. Well, Santa, the Easter Bunny and the Sandman are (the latter looks like a more docile Toby Jones). There’s a conscious decision to ground some of the aesthetics with a foot in the past, a Nordic 19th century children’s story by way of CGI gimmickry. Unfortunately, the main human characters are as generic as they come. 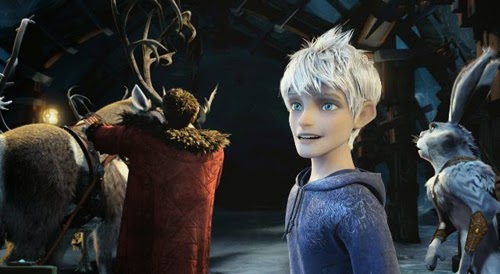 Jack Frost is the lead; he’s the hero in search of his past, and his purpose. None of the kids he brings joy to can see him, and it makes him sad Shrek. Inevitably, self discovery and the little scamps noticing him go hand in hand. 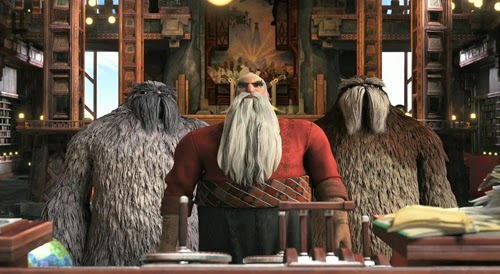 David Lindsay-Abaire (who also worked on the less than remarkable Robots and Oz the Great and Powerful) is adapting a story by William Joyce (who was a producer on Robots, and also wrote the book Epic was based on) and ensures every character and plot beat has the distinctive flavour of processed cheese. The one source of inspiration, admittedly an okay one, is the idea of making a super team of familiar fairy tale characters (Santa, the Easter Bunny, the Sandman, the Tooth Fairy, Jack Frost). Inspired in a not dissimilar manner to Alan Moore and his super team of Victorian freaks in the Extraordinary League of Gentlemen. Like the film version of that comic book, Guardians is rendered as a series of deeply generic set pieces and stand-offs against a deeply uninteresting villain. 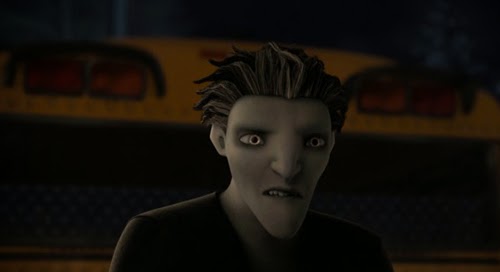 The bad guy is Pitch Black (Jude Law), the Boogeyman, who isn’t remotely scary (scary isn’t really DreamWorks’ forte, and I doubt that Del Toro will be able to make much headway there) and comes across like a bargain basement Odin. Law gives a miscast vocal performance and is unable to provoke any interest in Pitch’s pedestrian goal of divesting the world of children’s belief in the Guardians (that’s the five mentioned, with Jack a recent addition). You can see where it’s heading; sugary-yet-cynical messages about the power of belief culminating in Jack discovering his place in the world and the bairns seeing off Pitch (cos everyone’s a hero, even the cowardly kids!) Far too much attention is paid to showing off the moppet characters, a frequent mistake of animators who cluelessly assume kids want to see kids acting like kids in movies. 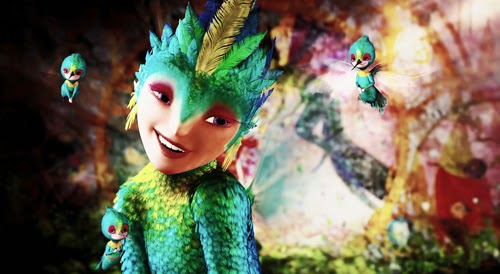 DreamWorks would get points for trying if only they hadn’t got hold of something a bit different and tried to shove it through their studio blender. Weird failures are at least interesting (Disney’s early ‘80s “dark” period, for example). But this has nothing. It’s diluted through and through. Chris Pine, who is generally quite decent, barely registers as Frost, so his limp lead is an appropriate match for Law’s weak villain. Isla Fisher does better as the Tooth Fairy, and her character has a slightly pixieish Jane Wiedlin quality. But only Alec Baldwin, as an unrecognisably Russkie Santa (called North) given to using famous composers as expletives, and Hugh Jackman, as a great goofy Easter Bunnymund, offer a taste of what this might have been. Alexandre Desplat’s limp score follows the general course, hitting all the predictable notes. 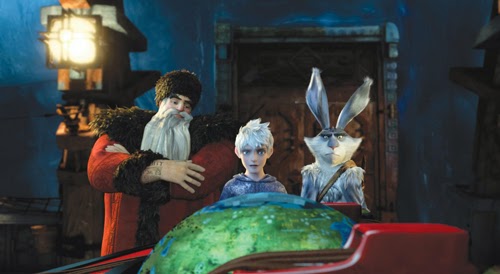 There was probably something truly weird and interesting to be made from this concept, rather than a movie where four super mythic characters team up to deliver Easter eggs or exchange money for teeth. Every punch is pulled; there’s a moment where all the faithless kids, who now experience nightmares, have become fearful and haggard, but this isn’t a picture to actually show such terrors as anything other than tangible anthropomorphic (safe) creatures. I know, it’s a kids’ movie. You can’t go too far. But that doesn’t mean running nervously from anything imaginative. Rise of the Guardians is mostly witless and uninventive. Ideally this would have been some kind of twisted CGI toon, making capital from its embrace of pagan mythology; Terry Gilliam by way of Jan Svankmejer. Instead, it is utterly safe and generic. 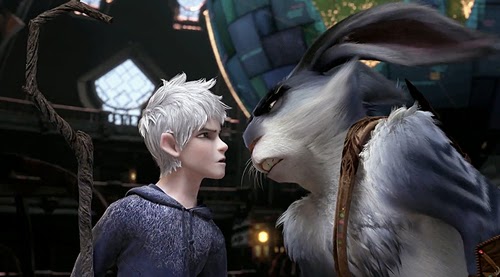 And so I come back to the lack of laughs; there isn’t nearly enough of Jackman’s comedy bunny to distract from everything else that isn’t going on (predictable comedy characters are often the saving grace of even the weakest Disney or DW animations). Still, there’s nothing quite like a movie made to a soulless formula asking kids to believe in magic.