Good dragons under the control of bad people do bad things. 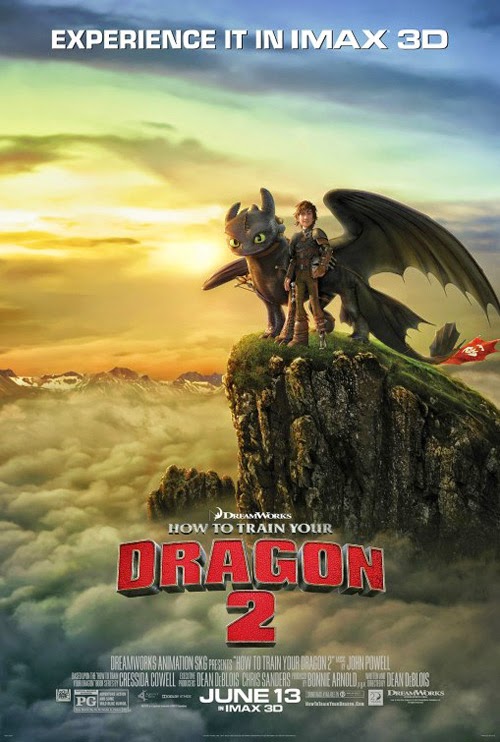 (SPOILERS) There’s good reason to be cynical about the current state of animated sequels, what with every studio shamelessly strip-mining properties for franchise potential, irrespective of whether they merit it or not. No one is screaming for more Cars and Kung Fu Panda. Actually, they probably are, but they don’t know any better. DreamWorks is particularly guilty, although they at least never betrayed lofty pretensions the way Pixar did. That the first How to Train Your Dragon was such a pleasant surprise, the best animation from the studio since the first Shrek, instantly rang warning bells. Were they going to relentlessly plunder Hiccup and Toothless, creating disdain the way they did with that series? The answer is no, fortunately. How to Train Your Dragon 2 may not scale the heights of the first outing, but it more than arrests the studio’s backwards slide in quality.

Returning director Dean DeBlois cited The Empire Strikes Back as informing his approach to the sequel, hardly a surprising touchstone, but one he feeds from in all the right ways. This doesn’t mean Dragon 2 ends on a cliffhanger, or that Hiccup (Jay Baruchel, whose vocal nuances ensure that his character will never be the most butch of heroes) must undergo a training regime to make him a master before discovering his parent is a villain.

He does meet his long lost mum, and loses his dad, which ensures the series’ internal mythology grows in entirely complementary ways. It’s refreshing to have a character, in an environment beset by Marvel, Joss Whedon, and Steven Moffat, where a character dies and stays dead. Best of all, DeBlois ensures this has a powerful emotional impact (the only shortcoming is that, in a movie that is always moving, the hero is back to being supremely perky for the subsequent set piece).

More than that, DeBlois even has his own involving take on turning to the Dark Side, in which the loveable Toothless has his mind possessed by a Great Bewilderbeast, an “Alpha” dragon that can direct the actions of any dragon. That Stoick (Gerard Butler, having much more fun, and showing much more emotional range, than we ever see in the flesh) should fall at the fiery breath of Toothless makes the loss all the more potent, and ensures this is a family film more in the early Disney tradition of not soft-pedalling loss and darkness.

It leads to a bracing climax, far superior to the majority of last summer’s blockbusters (which, even the best of them, fell back on blowing shit up), in which little Hiccup challenges the Alpha. The massive monster mayhem of the Alpha is also much more impressive than the massive monster mayhem of Godzilla or the previous year’s Pacific Rim, because there’s emotional investment in the carnage on display.

The character design is generally no more distinctive than any other CGI affair, which is, alas, one of the banes of a form of animation that chooses to play things safe. But DeBlois had previous directed one of the few Second Golden Age Disneys to mix things up, Lilo & Stitch, and, within the physical features that could easily be dropped into Rise of the Guardians or The Croods, he ensures there’s warmth and idiosyncrasy.

The voice cast, curiously divided into a Scottish older generation and American younger, generally acquit themselves well. Kit Harington, formally consigned to slightly wet leading roles, has a bit of fun with the Han Solo-esque Eret, while Craig Ferguson provides the majority of the chuckles as Stoick’s right-hand man Gobber (“This is why I never married. This, and one other reason”). I’m not so sure about Cate Blanchett’s Scotty accent as Valka, Hiccup’s newfound mumsy, though, and Djimon Hounsou is shoutily hissable but one-note as villain Drago.

Perhaps Dragon 2’s most illustrious aspect is that, unlike say Madagascar, it absolutely is not propped up on its comic sidekicks. The events befalling the main players are much more engaging, such that the antics of Hiccup’s crew (comprising America Ferrara, Kristen Wiig, Joan Hill and Christopher Mintz-Bleeding-Plasse) could be blissfully excised without anyone much noticing. The reunion of Vaka and Stoick is a quite wonderful scene by any standards; live action movies would do well to be so moving without descending into manipulative mush (notably, it also, wisely for a family movie, sidesteps offering Valka recriminations for abandoning her family).

So there’s good reason this was the biggest animated movie of 2014, even if it showed a disappointing performance in the US (quite why is anyone’s guess; the taken for granted title, and inability to explain why it was different to the first might not have helped, but that didn’t hamper Despicable Me 2). It may make a meal of its message in the final stages (“This is what it is to earn a dragon’s loyalty”, and too much talk of Hiccup as a voice of peace), unnecessary as it has already set out its stall with accomplishment, but this is a minor criticism. There’s good reason to look forward to How to Train Your Dragon 3 in 2018, even if we have to suffer Kung Fu Panda 3 and The Croods 2 in order to get there. 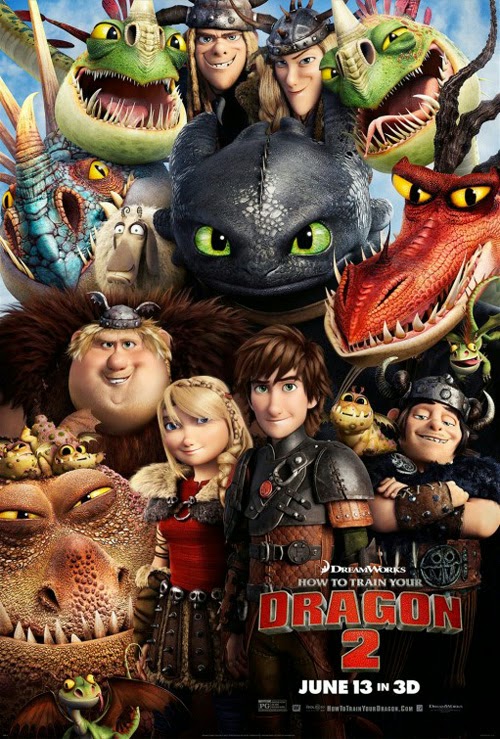