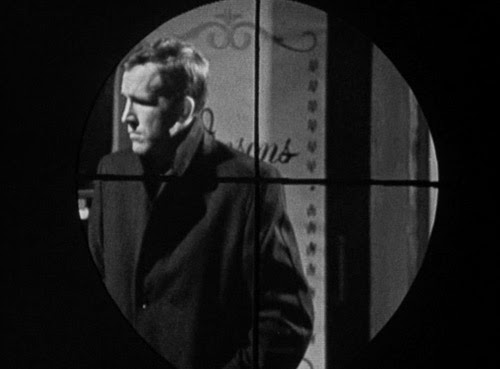 The first 20 minutes of The Avengers do not make for the most auspicious debut. It’s so far from the camper fantasy trappings of the show’s colour era, it may as well be a different programme. That’s not really the problem. Well, the problem is chiefly that there isn’t a whole episode by which to judge Hot Snow. But it’s also that this could be any old detective fiction yarn. There’s very little to mark out what we see here as unique. Certainly nothing as arresting as the high strangeness of the first episode of Doctor Who, or the bleak dystopia of Blake’s 7’s The Way Back. 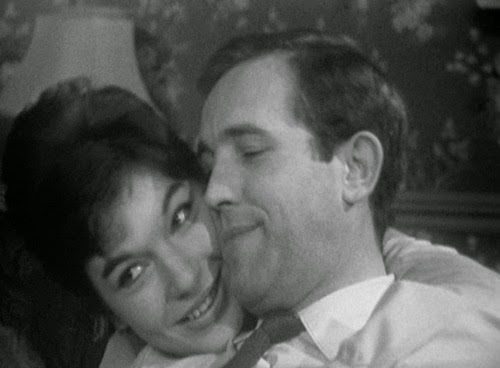 Even Laurie Johnson’s original theme is on the generic side, only added to by the men-in-macs-with-guns spy titles. This is frequently creaky fluff-ridden “live” TV, of course, so it’s rough and ready and earns some leeway as a result. The first 10 minutes comprise a no-good, rotten so-and-so (Godfrey Quigley as Spicer) hiding behind doors (like a bargain basement Hitchcock) or just out of sight in the surgery of Ian Hendry’s Dr David Keel. Spicer is after a mislaid package. 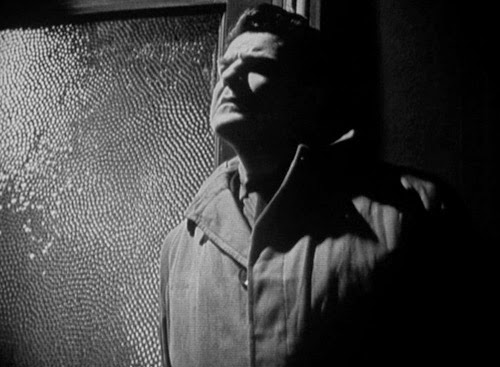 Meanwhile, Keel announces his nuptials to fellow Dr Richard Tredding (Philip Stone; dad in A Clockwork Orange and Captain Blumburtt in Indiana Jones and the Temple of Doom). Keel is getting hitched to Katherine Woodville’s receptionist Peggy, and it’s her fate that ensures his path crosses with John Steed. 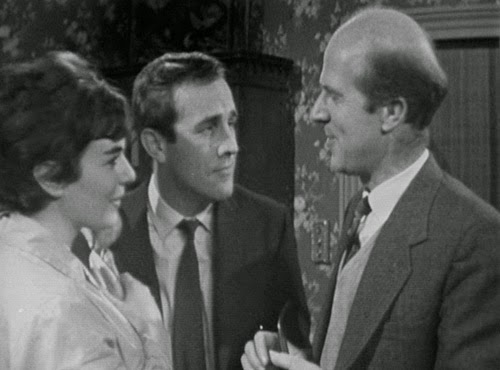 Whom we don’t see here. So there’s only one surviving first season episode Steed is in. Hendry’s fine in a rugged, leading man, kind of way. But he’s more interesting as an actor by the time he’s gone to seed as Eric Paice in Get Carter a decade later. Peggy seems like a jolly nice girl, while Stone wins a few laughs as an amiable duffer (when Keel suggests he be the best man or give the bride away, he replies “Only too pleased to do both”). 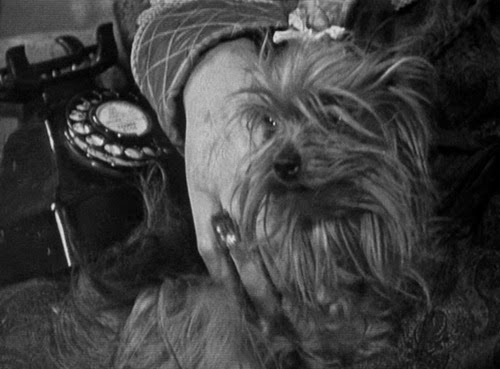 Quigley’s boss is Ronnie Vance (Robert James, the High Priest in Masque of Mandragora, and Ven Glynd in the first The Way Back). He comes on, which means he doesn’t exactly, like a proto-Blofeld, the camera focusing only on his hands and the dog he is stroking on his lap. Emphasising the “realism” of the show, compared to what would follow, the plot focuses on cocaine; four gran’s worth of “snow” has been mistakenly delivered to the surgery (very dumb criminals, these). 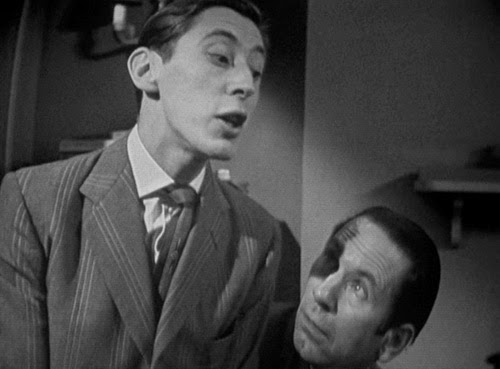 There’s also reference to one of the gang being “coked up”. Murray Melvin plays Charlie (no, not because he’s a user), and is instantly recognisable in both appearance and manner (he’d go on to play Reverend Runt in Barry Lyndon). 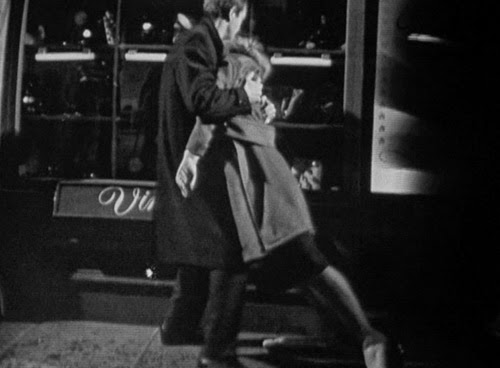 The murder of poor Peggy, who got a good look at Quigley so has to die (a bit of a stretch, really; certainly more fraught with potential repercussions for the gang to off her rather than Quigley) is almost artistically oblique. Either that or a bit clumsy. We don’t hear a shot, although we see her through gun site. And then Keel is holding her lifeless body. Quite effective on that level, as it makes it believable he has no idea what has happened until he sees the blood on his hand. 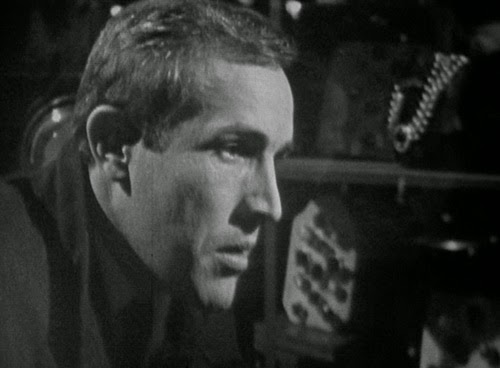 With barely a third of this surviving, it’s impossible to judge how the wholer piece works. But what there is, is fairly middling stuff. Not bad, but certainly not great. This, and the first complete surviving episode, go to underline how vital Steed – or rather Macnee – is to the series, and what a deceptively suave and laidback presence he is. I’ll give this an average score, as less or more would be guesswork. 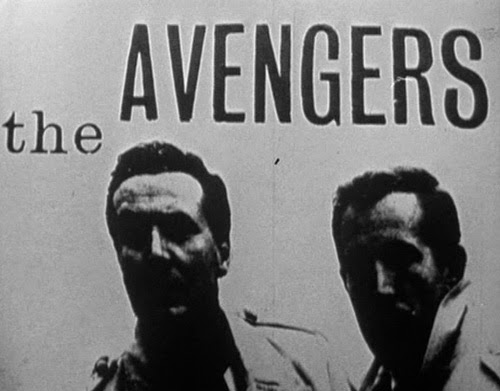